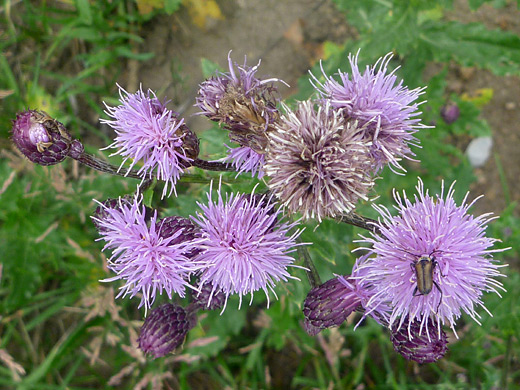 Cirsium arvense is an introduced species, originating in Europe. The pinkish-purple flowerheads are about one inch in diameter when fully open, consisting of a dense cluster of disc florets above an elongated involucre, which is covered by a regular array of small, pointed phyllaries (initially greenish, later purple), arranged in up to 8 rows; those near the base are short, and ovate in shape, becoming longer and more linear towards the top. Phyllary tips are slightly bent outwards.

The plant forms large colonies, spreading via the root system. Stems are smooth, grooved, spineless, and branched; each segment is topped by one or more flowers. Plants produce either male or female flowerheads, the former being more spherical. 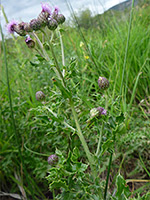 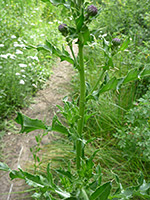 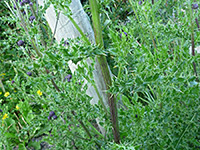 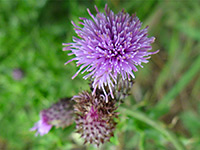 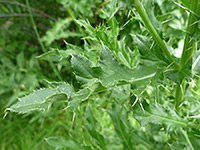 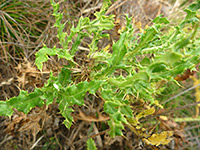 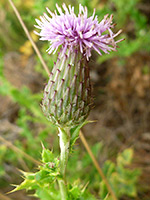 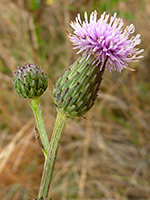 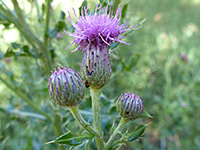 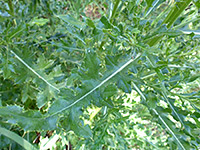 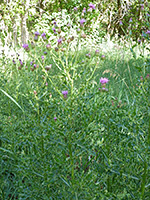