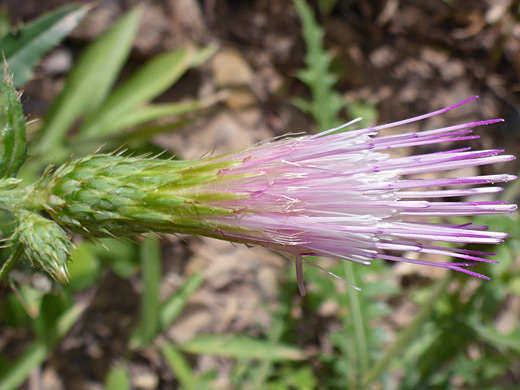 Florets and phyllaries of cirsium arizonicum var bipinnatum - Echo Canyon Trail, Colorado National Monument, Colorado
Cirsium arizonicum is distinguished by its relatively long but slender involucre, cylindrical or narrowly bell-shaped, and by the long corolla lobes of its disc florets - they are about 1.5 times as long as the corolla tube. Florets often remain approximately parallel, forming a narrow flowerhead, rather than adopting the spreading form of many other thistle species.

Plants may produce a single flowerhead or more than 100, in flat-topped or elongated clusters. Flowerheads are attached by stalks of up to 5 inches. Phyllaries are arranged in 7 to 9 rows; those at the base of the involucre are short, ovate or lanceolate in shape, while those at the top are longer, and linear. Phyllaries have a short spine at the top. Florets may be pink, purple, red or (least often) white; they are around one inch long.

The stout, reddish-green stems are often completely hairless but can have a covering of fine, cobwebby hairs. Leaves are variable, in shape and hairiness. They may be unlobed, shallowly lobed or deeply divided, while the lobes may be further divided. Lobes are linear to ovate in shape, and spine-tipped. Surfaces may be hairless, or sparsely to densely covered by short, greyish hairs. 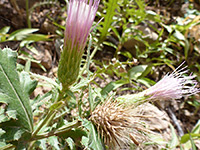 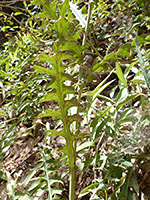 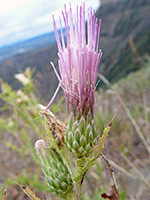 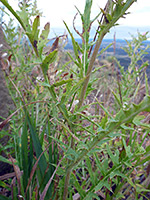 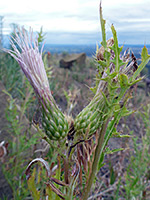 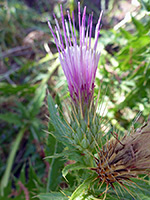 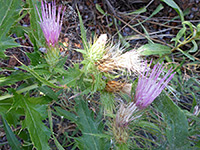 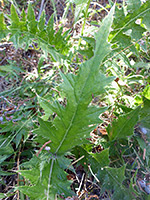 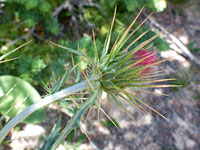 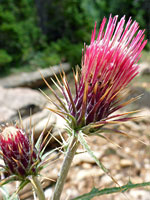 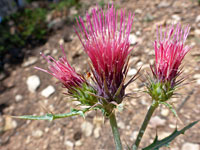 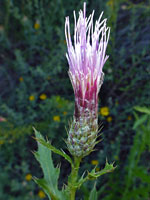 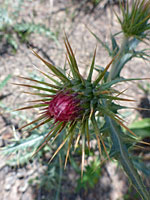 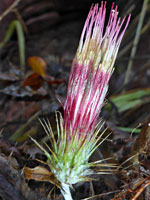