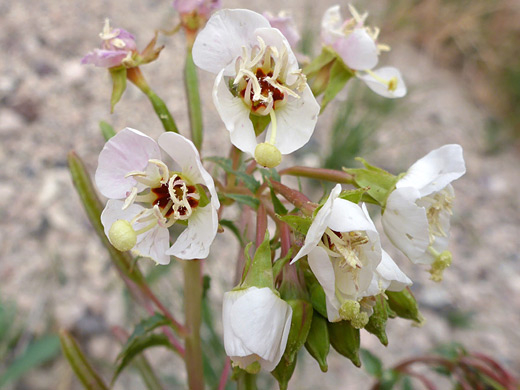 White flowers of chylismia claviformis, Red Rock Canyon State Park, California
The upright stems of chylismia claviformis are topped by a one-sided cluster of nodding white or pale yellow flowers, brown at the center, hence the common name of brown-eyed primrose. Flowers are formed of four pointed green sepals, often angled fully backwards, close to the pedicel, and four round white petals, which wither to deep pink. At the center are eight white stamens, the hairy anthers attached at their midpoint, and a longer style, holding a spherical stigma. The reddish-brown color comes from the inside of the floral tube.

Leaves are long, up to 8 inches, and irregularly divided into a dozen or more pairs of uneven, sometimes toothed lobes, the largest at the apex. They are produced mostly around the base. The main flowering period in spring is sometimes followed by a second blooming in the fall. There are eleven subspecies of chylismia claviformis, many with distinct ranges, differing in hairiness, petal color, glandularity, and leaf characteristics. 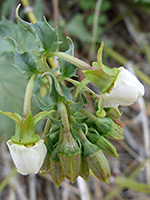 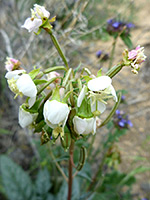 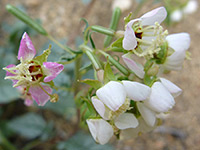 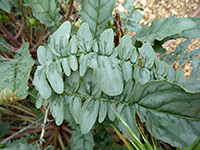 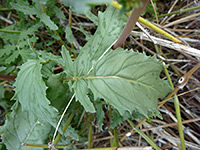 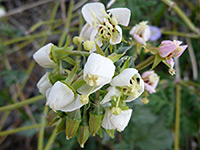 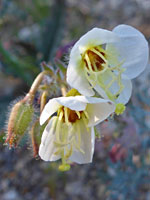