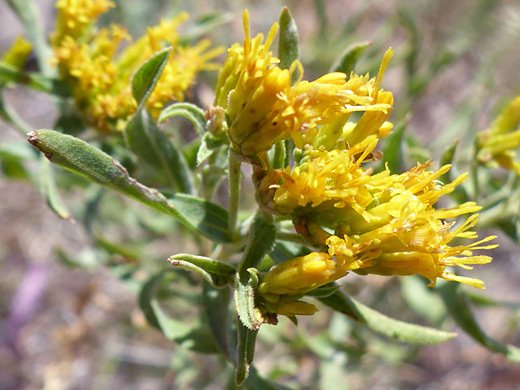 Clustered, yellow flowerheads of chrysothamnus viscidiflorus ssp viscidiflorus - Snow Pass Trail, Yellowstone National Park, Wyoming
Chrysothamnus viscidiflorus is the most common and widespread of nine US rabbitbrush species in this genus, found in all the western states, though absent from coastal and low desert areas. Stems are green when young but otherwise light brown, and they usually have a covering of very short, soft hairs, as do the leaves. Stems and leaves are sticky. Leaves may angle outwards or upwards, staying close to the stem. They are usually twisted, by up to three full revolutions, and may have wavy and/or ciliate margins. Leaves have a prominent center vein and two, sometimes four, lateral veins.

The inflorescence is a dense, rounded cluster of cylindrical flowerheads; these are lined by between 12 and 24 yellow or brownish-green phyllaries, of unequal lengths, generally not recurved. The yellow disc florets can number between 3 and 14, though most flowerheads have either 4 or 5.

There are five subspecies; least common is ssp planifolius of north Arizona, which has flat leaves; the other four (lanceolatus, puberulus, axillaris, viscidiflorus) have twisted leaves, and are differentiated by hair covering, leaf width and number of leaf veins. 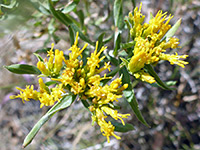 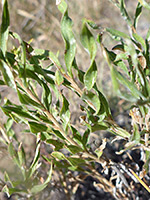 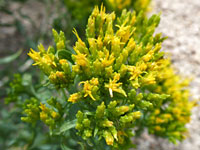 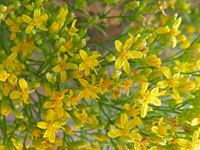 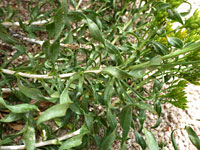 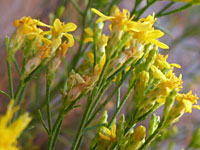 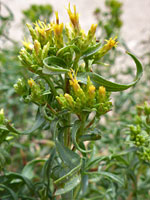 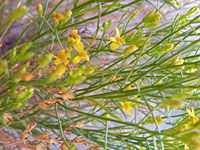 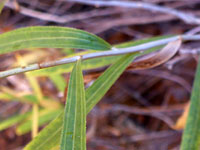 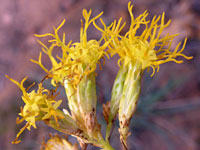