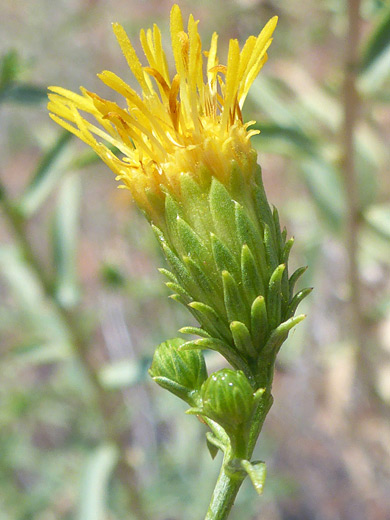 Chrysothamnus stylosus is found in the canyonlands and high deserts of the Colorado Plateau. Stems are initially green but age to light brown or nearly white, sometimes with flaking, greyish bark towards the base. Leaves are narrow and pointed, growing at alternate intervals all along the stem. They are generally angled horizontally, and curve down towards the tip. Leaves are often folded up along the midvein. Larger leaves usually have one or two pairs of nearly parallel side veins. Leaf margins can be somewhat wavy. Leaf surfaces are glandular, and dotted with tiny resin glands.

Flowerheads form in small, compact clusters; they have an egg-shaped involucre lined by between 3 and 5 rows of light green phyllaries. Lower phyllaries are more likely to be recurved; those above are wider, and stay closer to the involucre. Florets are all-yellow, numbering between 30 and 40; when mature they are around a third of an inch long, and have five small lobes at the top. 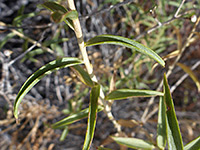 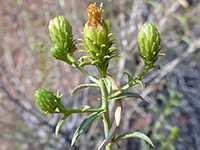 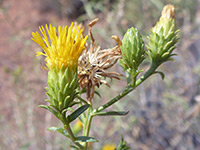 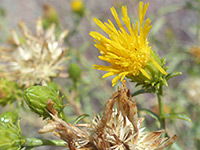