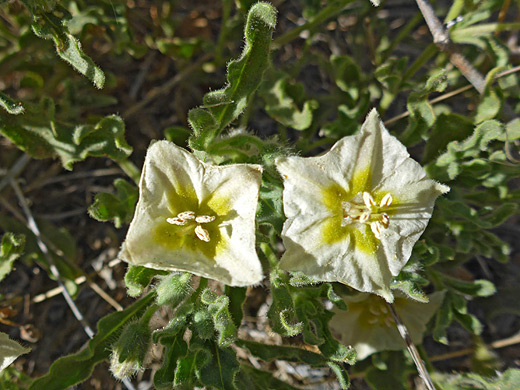 All parts of chamaesaracha sordida are hairy; a mix of short, glandular pubescence and longer, non-glandular hairs, these most noticeable on the calyces, flower stalks and stems. Leaves have wavy margins, occasionally shallowly toothed, and may be pointed or rounded at the tip. Leaf bases are tapering, and stalkless.

Flowers are produced singly from the leaf nodes, borne on stalks up to 1.5 inches long. They have a pentagonal corolla, around a third of an inch wide; white to pale yellow, with dark yellow patches at the base. The five stamens are less than a quarter of an inch long, formed of pale yellow filaments and light brown anthers, these around half the length of the filaments. 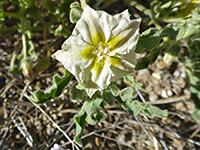 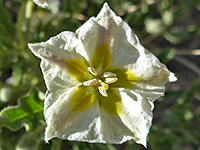