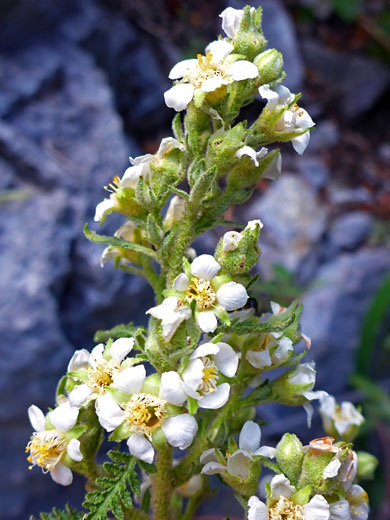 The common name of chamaebatiaria millefolium, fern bush, refers to its highly branched, fern-like leaves; these are pinnately divided into opposite pairs of leaflets, each further divided into between 13 and 25 pairs of tiny segments (pinnae). Leaves are attached by stalks, with stipules at the base; stalks and stems have a covering of sticky, glandular hairs. Plants are shrubs, up to six feet tall, and they produce up to ten stems, branching from the base. This species is the only member of the genus.

The inflorescence is an elongated, terminal cluster, containing from several dozen to over 100 flowers. Flowers are around half in inch in diameter; they have five narrow, spreading, green sepals alternating with five broader white petals, while at the center are five carpels and up to 100 pale yellow stamens, in two distinct series; an outer ring and an inner cluster. 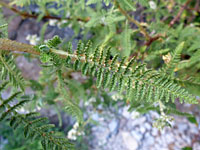 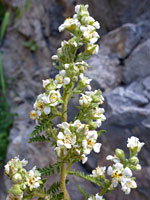 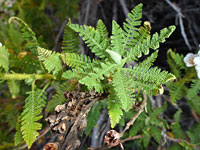 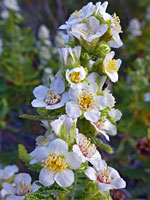 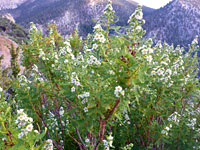