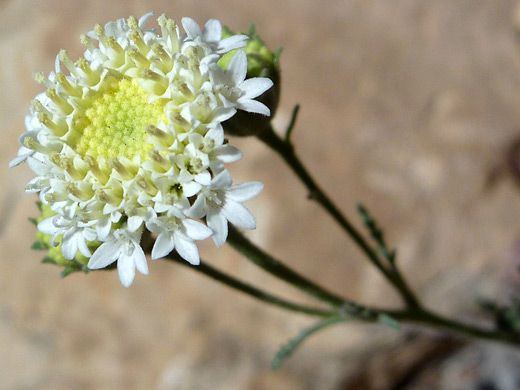 Chaenactis stevioides produces compact, spherical, densely-packed clusters of small white to pale yellow disc florets, which, like some other members of this genus, are larger towards the outside of the cluster, and bilaterally rather than radially symmetric. The species branches profusely, bearing many flower clusters. Florets have five pointed lobes and several protruding stamens. Clusters are about one inch in diameter. Underneath are a ring of dark green lance-shaped phyllaries, blunt at the tip, and covered by cobwebby hairs, similar to the leaves and stems.

Leaves at the base and lower portion of the stem are divided into 4 to 8 pairs of narrow lobes. Those towards the base are usually withered before flowering time. Stems and leaves often have a purplish tint. The plant is very common across desert areas, but its range extends over most of the western states. 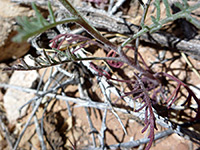 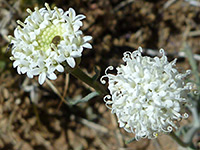 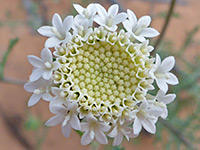 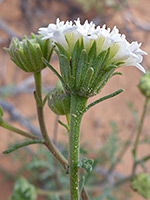 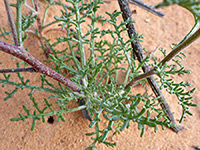