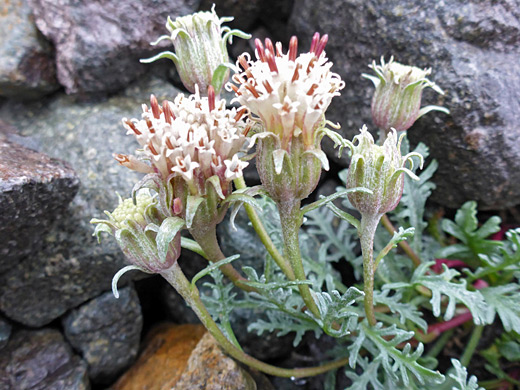 The inflorescence of chaenactis douglasii is white or pale pink at first, becoming dark pink and purple later in the season. Leaves are pinnately divided two or three times into small segments, greyish in appearance due to a covering of fine hairs. Short, stout flower stalks rise a little way above, bearing a cup-shaped involucre supporting a cluster of 50 to 70 disc florets, between half and one inch in diameter. The involucral bracts are glandular (sticky), and also hairy; they occur in one row, and have rounded tips.

Plants can form quite substantial mounds, a foot or more across. The species is named after David Douglas, a renowned Scottish botanist of the 19th century. Some characteristics are quite variable, and two varieties are recognized. The widespread var douglasii has leaves on the stems as well as at the base, and multiple flowerheads per stem (up to 25), while the high elevation, mat-forming var alpina has basal leaves only, and one (less often two) flowerhead per stem. 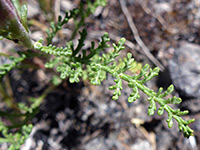 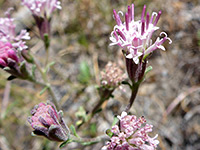 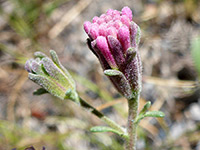 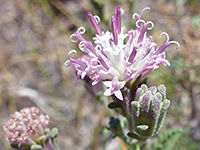 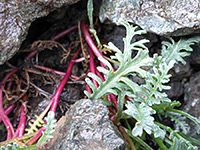 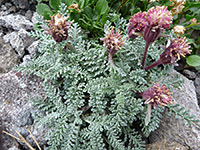 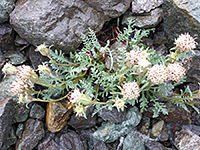 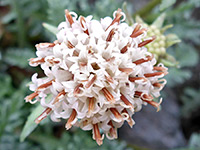 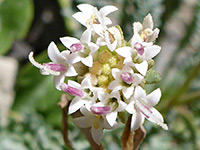 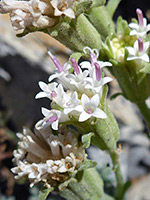 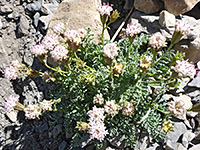 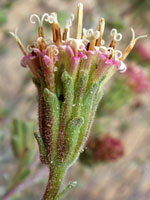 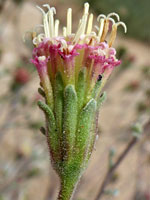