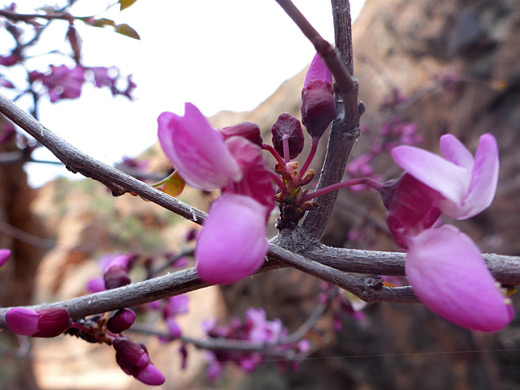 Cercis occidentalis, a small shrub, is more noticeable than many similar bushes owing to the profusion of bright pink flowers that appear in springtime, when the rest of the plant has few or no leaves. The pea-like flowers have five petals, some parts of which range in color from light pink to purple; they grow in small clusters (2 to 5 heads) along the ends of the outermost branches, which are grey or light brown. The keel petals are the largest, about twice as long as the similarly-sized banner and wing petals. The small, shiny leaves are initially yellowish green, becoming dark green later in the season. All plant parts are hairless. 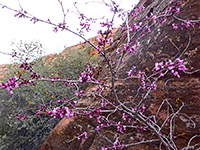 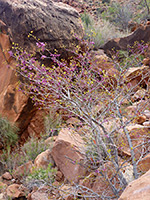 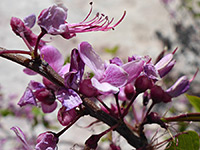 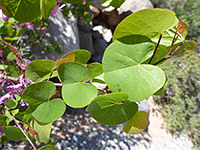 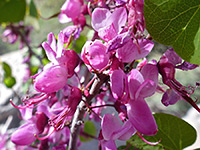 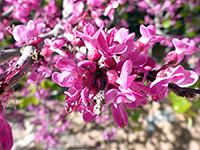