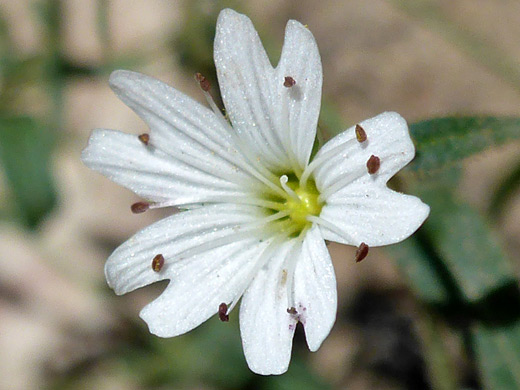 Cerastium beeringianum is found close to the coast in Arctic regions, and in mountainous areas, at gradually higher elevations southwards along the Rocky Mountains and in other scattered locations. Plants form low mats, often quite dense. Stems grow upwards, and they are covered by short hairs, especially towards the tip. Hairs are a mixture of glandular and non-glandular, and they have different lengths. Leaves are usually stemless, but those around the base do have short stems, as do those on the short, non-flowering shoots that branch off at the nodes. Leaves are finely hairy on both surfaces, and they have a prominent midvein. The axils of the leaves lack the smaller leaf clusters that are found on some similar species, such as cerastium arvense.

Flowers form in elongated clusters of up to ten; they have five green, lanceolate sepals, densely glandular, and five white petals, deeply divided into two lobes. Petals are up to twice as long as the sepals - up to half an inch. The flower center contains five styles and ten stamens. 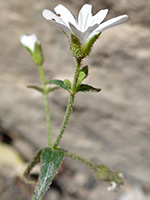 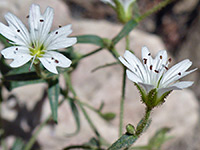 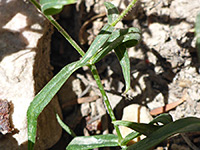 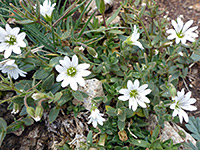 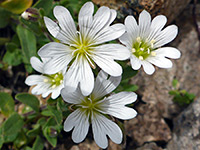