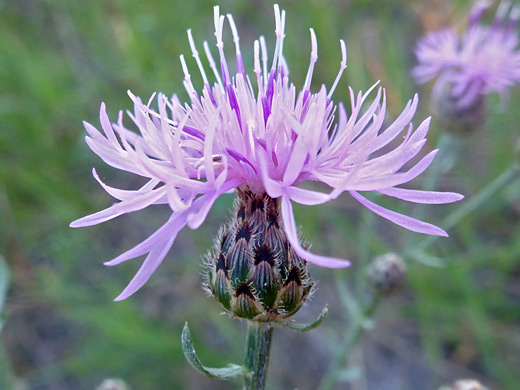 Centaurea stoebe is native to Europe but has spread across most of the US, and in the West is absent only from desert regions and the Great Plains. Stems and leaves are dull green in color, with a thin covering of flattened hairs. Plants produce several stems, which branch a few times, mostly towards the top. Lower stem leaves are deeply divided into pairs of narrow, well-separated lobes, which may be further divided, while upper stem leaves are less lobed, or entire.

Flowerheads form in summer, in an open cluster. The egg-shaped involucre is lined by several rows of broad, green, lanceolate phyllaries, which are not recurved. Phyllaries have a few prominent, parallel, light-colored veins across the top half, and appendages along the margins. Phyllary tips are rounded, and not spiny. The flowerhead contains 30 to 40 pink florets, of two types; those around the edge are sterile, and have long corollas that open to several thin lobes, while those at the center are shorter, darker in color, and contain both stamens and pistils. 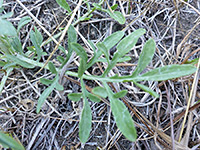 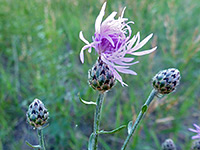 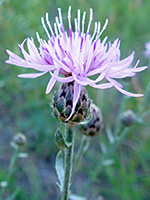 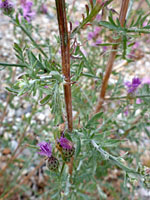 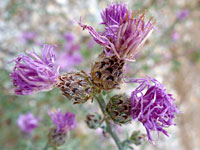