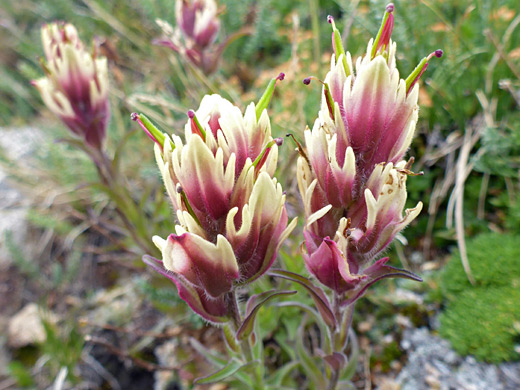 Castilleja rhexifolia produces flower heads in a range of beautiful colors, including rich shades of orange, yellow and purple (often dark at the base and light, or even white towards the tip), but most are salmon pink; hybridization is thought to be responsible for some of the variation. As with all members of this genus, the colorful parts are actually modified leaves (bracts); the small, tubular, greenish-yellow flowers are inconspicuous, protruding just a little at the apex, being mostly enclosed by tubular calyces, similar in color to the rounded bracts beneath.

The bracts (which may be split into three lobes - a large central lobe and two small side lobes) and stem are quite hairy, the leaves less so. The elongated green leaves have three prominent lengthwise veins. 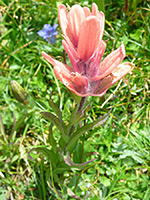 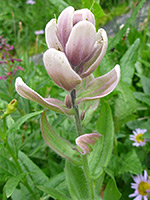 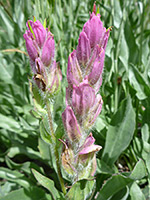 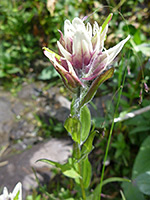 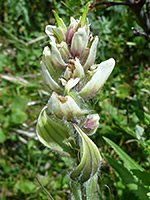 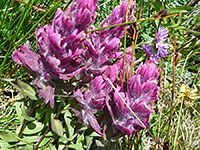 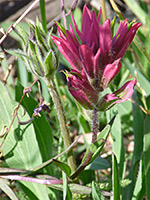 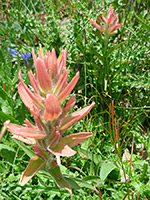 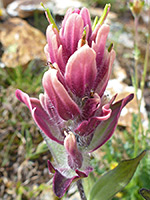 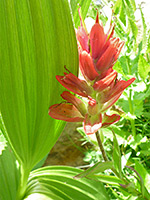 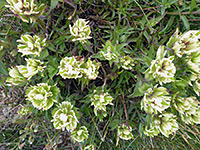 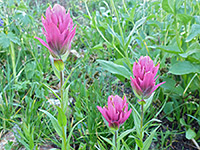 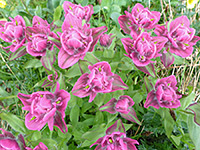 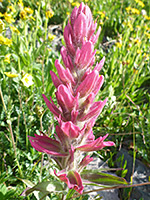