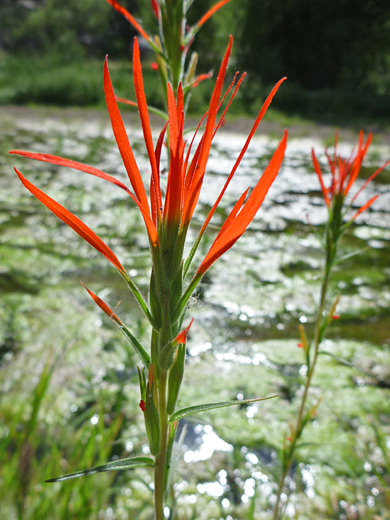 Castilleja minor is one of the more easily identified members of this genus since it differs in appearance somewhat; the colorful bracts enclosing the flowers at the top of the stems are narrow, well spaced, and red for only about half their length, changing abruptly to green lower down. Leaves are also well spaced, growing at alternate intervals along the green stems, which are usually unbranched, and like the leaves and bracts, have a covering of short hairs. Leaves are unlobed.

The flowers are mostly enclosed by a greenish-yellow calyx, split into two for about half its height; the yellowish corolla extends a short distance beyond the calyx tip. Flowers are produced a little way below the topmost bracts.

There are two subspecies: ssp minor has a small corolla (less than an inch in length), and its stems and leaves are covered by longer, shaggier hairs, most of which are glandular, while the less common ssp spiralis has a corolla longer than one inch, and much shorter, non glandular hairs. 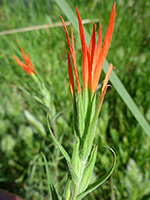 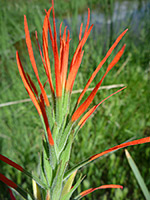 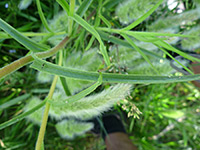 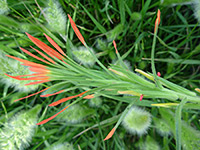 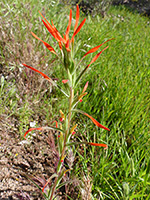