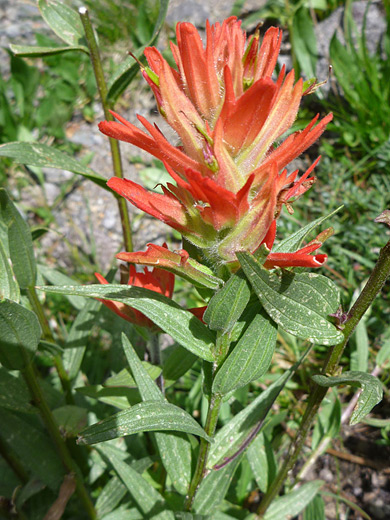 Deep red is the usual color of the inflorescence of castilleja miniata, but some specimens have a range of other tints including orange and salmon pink, often as a result of hybridization. The large red structures along the top part of the tall stems are modified leaves (bracts) which are commonly split into three components; two narrow, semi-tubular spurs below and a longer, much wider segment above. Bracts are greenish towards the base. The actual flowers are small, inconspicuous green tubes, right at the top of the stem.

Stems are usually unbranched, bearing alternate leaves at regular intervals. Leaves are somewhat wider than many for other castilleja varieties; they have pointed tips and three prominent lengthwise veins. The plant is one of the most common species of this large genus, found all across the West, from Alaska to Arizona and New Mexico. 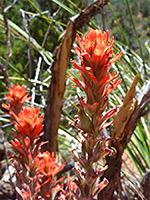 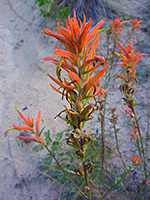 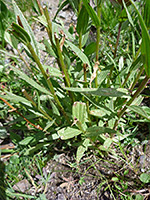 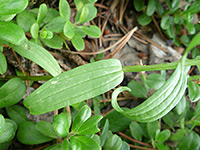 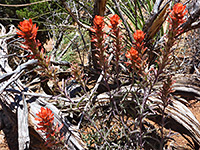 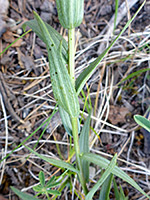 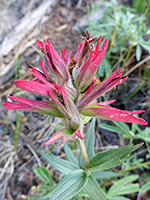 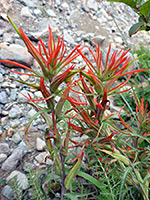 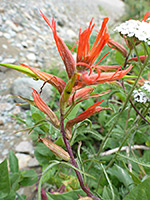 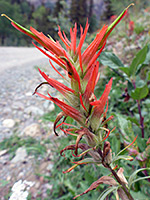 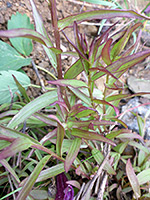 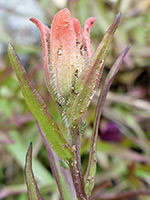 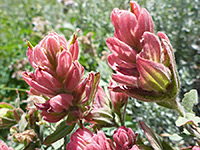 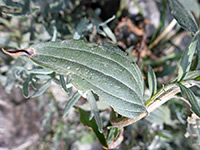 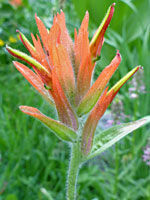 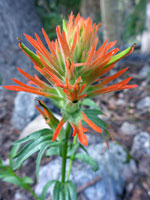 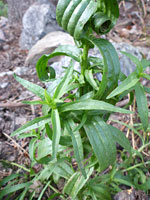