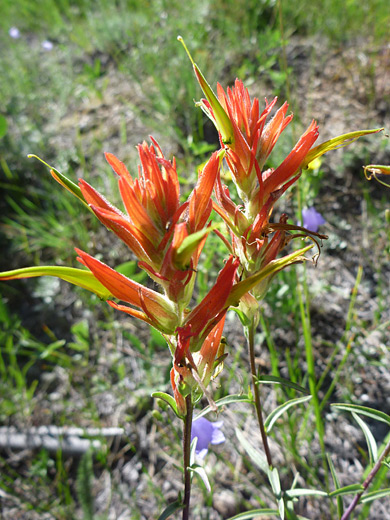 The tall, greenish-purple stems of castilleja linariifolia branch sparingly (from the base to about half way to the tip) and are terminated by scarlet or red-orange flower heads consisting of several dozen bracts and (lobed) sepals surrounding yellow-green flower tubes, often hidden apart from at the tip. Stigmas protrude from the end of the tubes. Leaves are narrow and generally unlobed, characteristics that distinguish the plant from other castilleja species.

This Indian paintbrush is the state flower of Wyoming, and is also found across most of the west, in a range of habitats, though generally at lower elevations than other similar species. 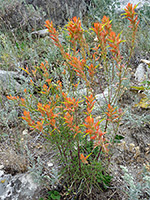 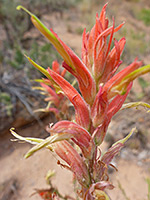 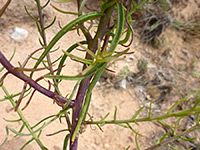 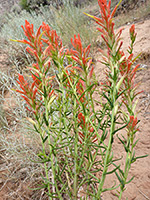 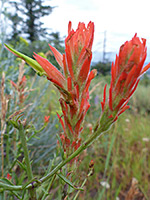 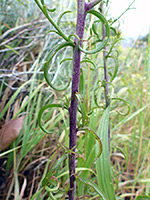 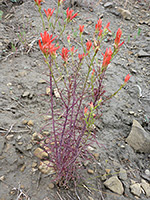 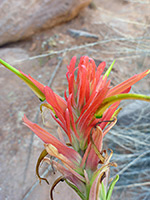