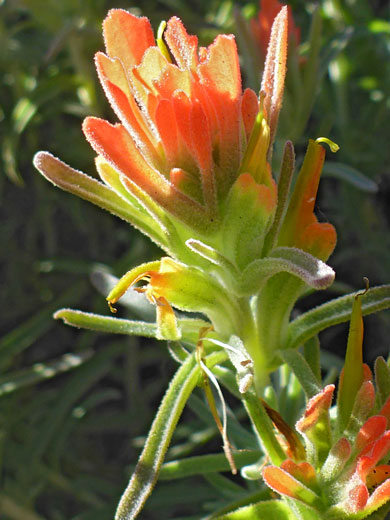 Castilleja foliolosa (woolly indian paintbrush), Bayside Trail, Cabrillo National Monument, California
Characteristic features of castilleja foliolosa, a perennial, include the branched hairs on the stems, leaves and bracts, the four calyx lobes, which are approximately equal in shape (many species have differently-sized lobes), and the bushy growth habit. This species is found only in California, but is widely distributed, along much of the coast, the nearby mountains, and some other areas including the foothills of the northern Sierra Nevada.

The dense hair covering imparts a white or pale gray appearance to the plant, especially the stems, which branch profusely, and have short side shoots at the upper leaf nodes. Leaves are linear, obtuse at the tip, often with two narrow lobes near the base. Bracts are around half as long as the leaves, also usually lobed at the base, sometimes with a smaller pair of lobes towards the tip. Bracts may be reddish orange or pale yellow. The tubular flowers, up to 1 inch long, are pale green, with an exserted, club-shaped stigma. 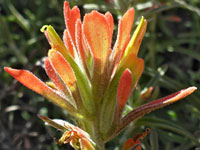 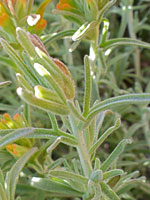 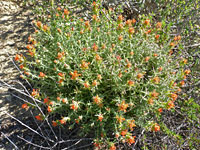 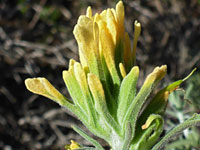 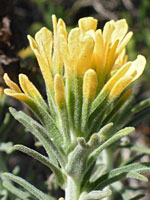 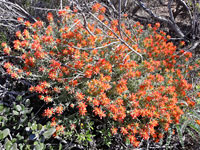