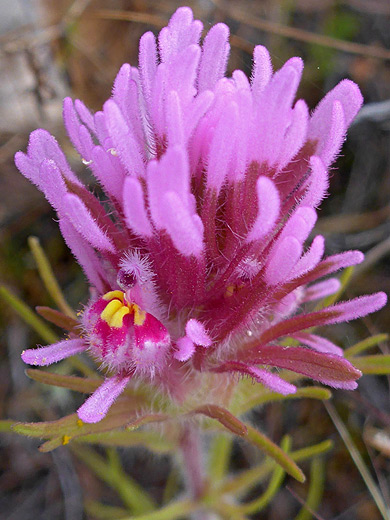 Most paintbrush species have red flowers but those of castilleja exserta are bright pink, with reddish-purple bases. The corolla has a three-lobed structure, yellow or white at the tip, and is somewhat hidden by the many bracts rising above it. The bracts, the green leaves and the branched, purplish stems are covered by long, fine, silvery hairs. The bracts are smaller than other castilleja varieties, resembling some clover species, hence the alternative common name of purple owl's clover. The plant can be widespread and common, especially after heavy spring rainfall. It is somewhat variable in appearance, and hybridizes with other species including castilleja attenuata and castilleja densiflora. 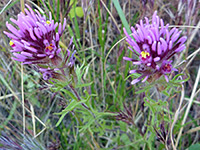 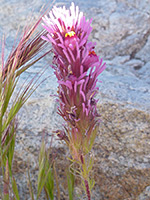 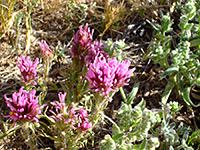 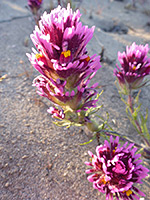