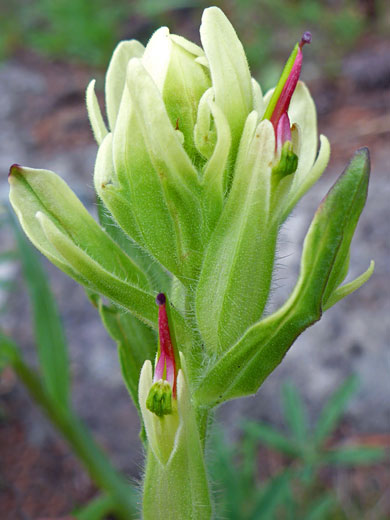 Castilleja aquariensis is a rare species with very limited distribution, found only across the 30 mile-wide Aquarius Plateau, centered on Boulder Mountain north of Escalante. This region is heavily grazed by cattle and sheep in the summer, which has in the past caused this species to become endangered, though the population has become more stable in recent years.

Stems and leaves have a covering of very short hairs. The narrow leaves are narrow, upwards-pointing, and crossed by three parallel veins. Stems are often tinged with purple. The inflorescence is a short, dense cluster, occupying up to 3 inches at the top of the stem. The upper bracts are green to creamy-yellow, covered by short hairs and longer, silky hairs; they are usually divided into a broad central lobe and two narrower side lobes. Calyces are green while the corollas are red, with an exserted, purple stigma. 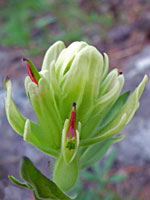 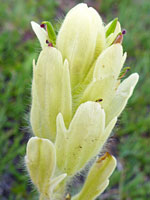 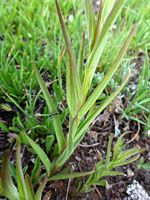