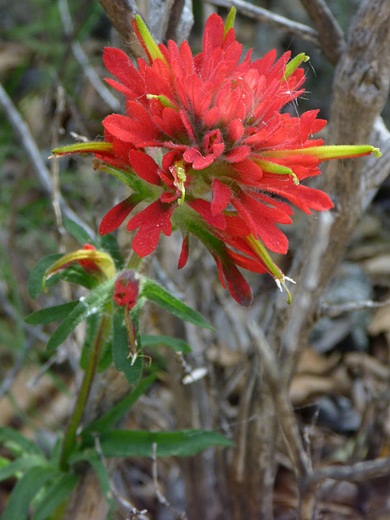 As its common name suggests, castilleja affinis is the most widespread paintbrush of the Pacific coast, though it resembles many other species. The tubular greenish yellow flowers are about 1.5 inches in length and grow out of a cluster of red bracts, which have rounded tips and, like the flowers and stems, usually have a dense covering of short hairs. Stems are greenish purple, becoming woody with age. The plant is prone to hybridization, and exists as three varieties (affinis, litoralis, neglecta), of which the latter is least common, classed as endangered, growing only in a few locations around San Francisco Bay. 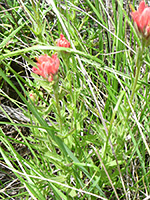 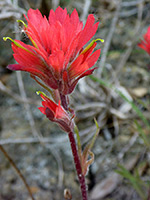 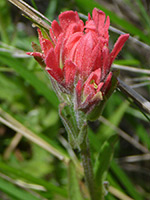 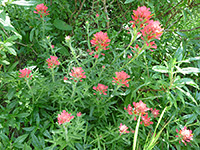