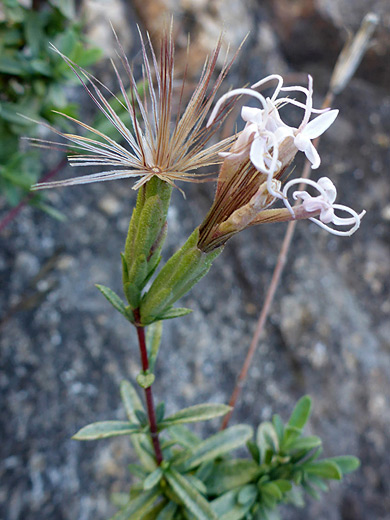 Carphochaete bigelovii is a shrub, producing branched, rigid stems, woody at the base, reaching heights of several feet. Stems are red to brown in color. This is the only species in a monotypic genus, and it has relatively limited distribution in the deserts of Arizona, south New Mexico and far west Texas. Leaves grow as pairs on the upper, newer stems, becoming clustered lower down, on older branches. Leaf surfaces are dotted with small glands.

Flowerheads are produced at the tips of the branches, on short stalks, and from the upper leaf nodes, where they are stalkless. The involucre is ringed by several rows of pointed, glandular phyllaries, which may have a very fine hair covering. Flowerheads usually contain three or four disc florets, sometimes as many as six, formed of five, narrow, triangular lobes and a branched stigma. Florets are colored white or pale link. Brownish bristles surround the florets, later developing into seeds. 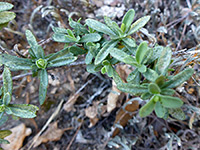 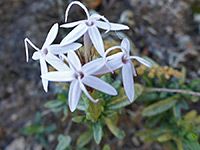 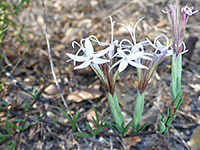 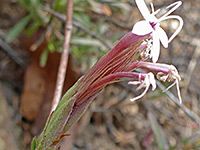 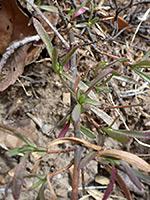 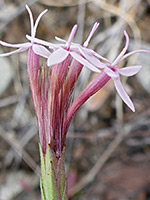 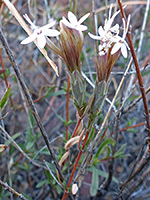