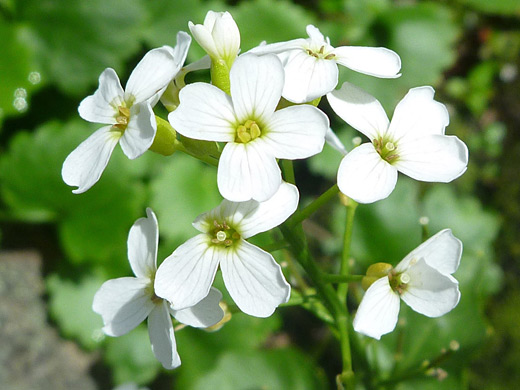 Cardamine cordifolia spreads readily via underground runners, producing upright green stems which have large green leaves at intervals and four-petaled white flowers at the tip and at the upper leaf axils. Colonies can contain hundreds of stems. The heart- or kidney-shaped leaves are green and shiny, with gently scalloped edges, and a few prominent veins radiating from the stalk attachment point. The stalks measure from 2 to 5 times the length of the leaf. The precise leaf shape, and degree of hair covering, are quite variable.

The mostly pure white petals are between half and 3/4 of an inch in length, obovate in shape, greenish yellow at the base and also have a few veins. Underneath are four smaller green sepals, lacking any hairs. 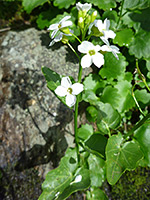 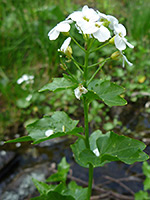 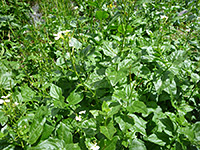 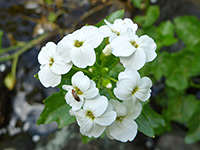 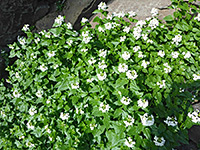 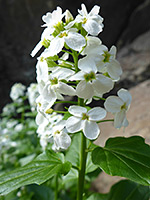 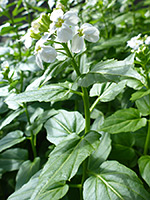 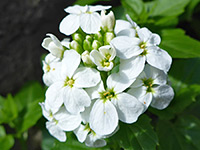 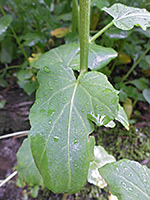 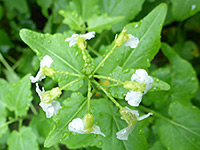 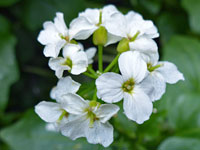 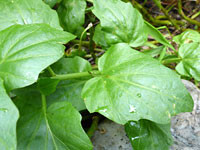