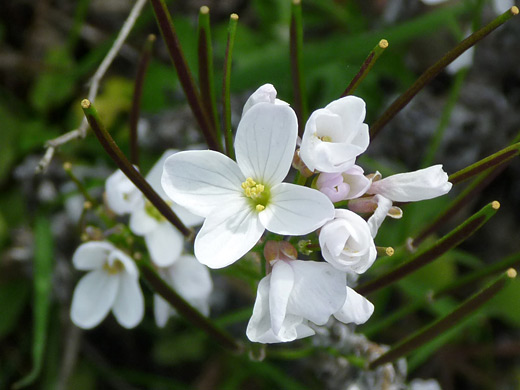 White flowers of cardamine californica (milkmaids), in Montana de Oro State Park
The white or very pale pink flowers of cardamine californica have four petals, with faint darker veins running lengthways, four sepals, and a cluster of yellow-tipped stamens at the center. Blooms are about half an inch across and form a loose cluster along the upper few inches of the thick green stem. The plant is one of the earliest to flower, starting in January in the most favourable locations. There are five varieties (var californica, cardiophylla, cuneata, integrifolia and sinuata). Leaf shape is quite variable; all are divided into lobes, which are rounded near the base, becoming narrower and more pointed further up the stem. 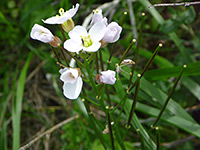 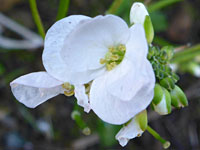 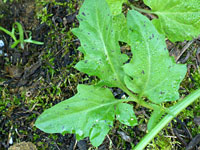 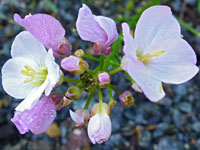 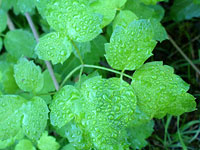 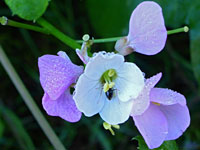