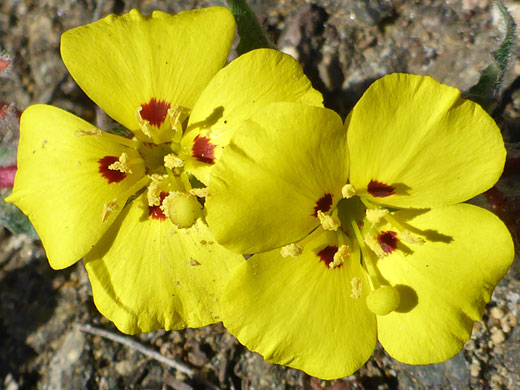 Camissoniopsis bistorta (California sun cup), Bayside Trail, Cabrillo National Monument, California
Camissoniopsis bistorta, an annual, can be distinguished from some similar species by its spherical stigma, which is held some way above the anthers, rather than being at a similar height. This sun cup is found only in southern California, between San Diego and Los Angeles, and up to 60-70 miles inland.

Leaves are short-stalked at the base, becoming sessile towards the top of the stem. They, and the stems and calyces, have a covering of white hairs, spreading or appressed. Leaf edges are usually entire, sometimes finely toothed. Flowers have a short hypanthium, four sepals about twice as long, and four broad yellow petals, twice as long again. Each petal has a small to large red spot near the base; less often two spots. At the center of the flower are eight stamens, with yellow filaments and yellow anthers, and the yellow pistil. Fruits are four-angled pods, straight or somewhat twisted. 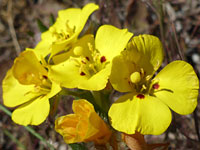 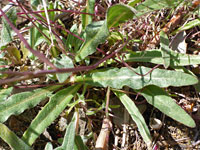 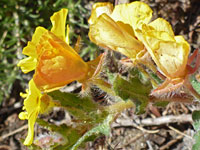