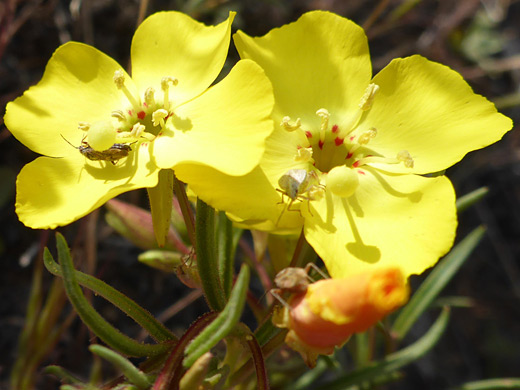 Flowers of camissonia campestris are relatively large; the four broad petals are over half an inch wide, colored bright yellow with two (less often one) red spots at the base. Buds are orange, while petals become red as they wither. The four sepals are recurved when mature, fused into two pairs. The flower center contains eight stamens, of two different lengths, and one, longer style topped by a spherical stigma.

The reddish stems are slender and spindly, and covered by short, coarse hairs. The narrow, linear leaves are often folded up along the midvein, and are generally angled upwards. Fruits are linear, cylindrical pods, up to 1.5 inches long.

Most plants are ssp campestris, with finely serrated leaf margins and an upright growth form; ssp obispoensis, found only in the coastal ranges of southern California, has more coarsely toothed leaves, and stems which arch downwards. 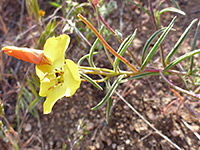 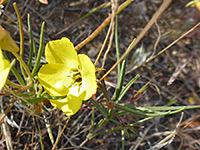