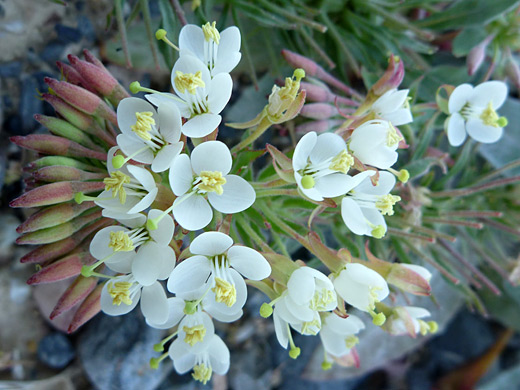 The inflorescence of camissonia boothii is an elongated cluster of white flowers each formed of four oval petals, borne on thin, slightly hairy, reddish-green stalks, supported by stout stems that grow from the plant center, surrounded by greenish-grey leaves that are found mostly around the base. Long stamens project beyond the petals, topped by prominent yellow anthers. Habitats vary from low desert plains to mountain slopes over 6,000 feet, and the range extends from south Washington to south Arizona. The common names of desert lantern and woody bottle washer refer to the rigid skeleton than remains after the rest of the plant withers, in the fall. Six varieties are recognized. Flowers tend to open at dusk rather than dawn. 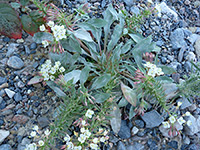 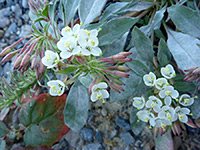 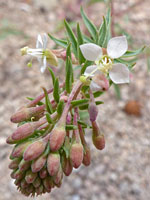 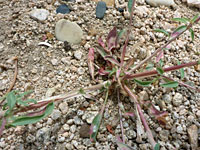 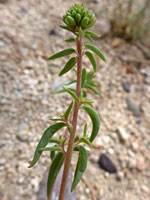 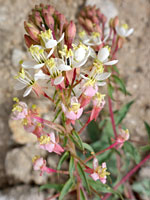 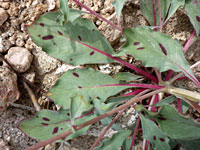