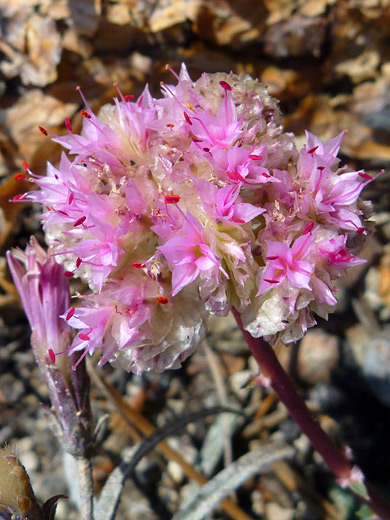 Calyptridium monospermum generally inhabits medium to high elevation areas in California and Oregon, but is also found in lower regions, such as around San Francisco Bay. Plants can exceed one foot in height but are usually smaller; they have basal leaf rosettes and short, reddish flower stems, usually angled sideways or at an angle rather than vertically upwards. Stems also bear a few, alternate leaves, much smaller, and often withered by flowering. 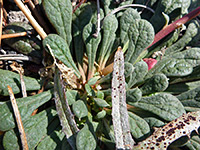 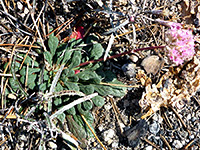 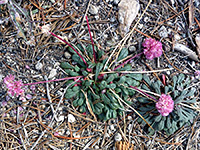 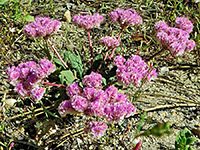 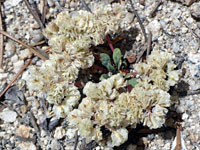 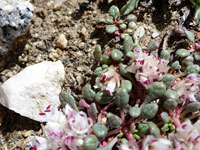