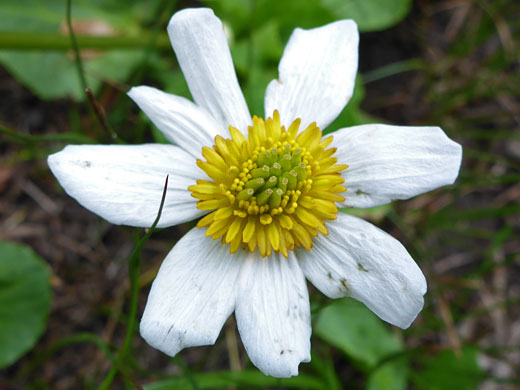 Flowers of caltha leptosepala are usually produced singly or in pairs; less often a cluster of three or four, and they are around 1.5 inches in diameter, formed of between 5 and 12 white or pale yellow, elliptic to oblong sepals (often with blue tints underneath), around a group of up to 40 yellow stamens and a similar number of green pistils. When fertilized, the pistils expand to form narrow, cylindrical, upwards-pointing, slightly curved, green fruits (follicles), which gradually elongate. The sepals are crossed by a few lengthwise veins.

Flowers form on top of stems that have at most one leaf, but are usually leafless. The long-stalked (up to 10 inches) basal leaves are relatively large, generally oval in shape, and have a smooth, waxy surface with a branched pattern of lighter green veins. Leaf margins are wavy, or shallowly toothed. All plant parts are hairless. 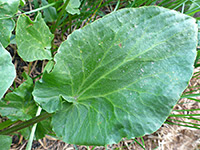 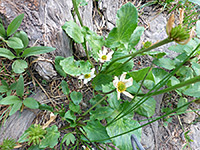 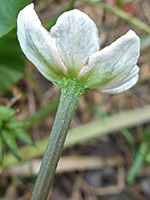 Top of a stalk 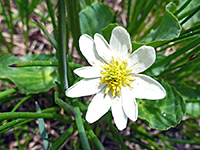 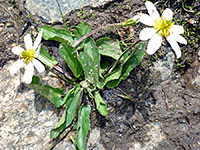 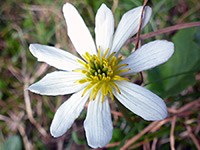 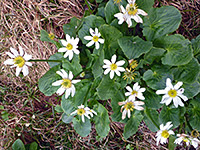 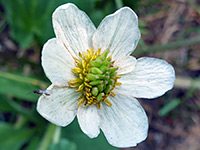