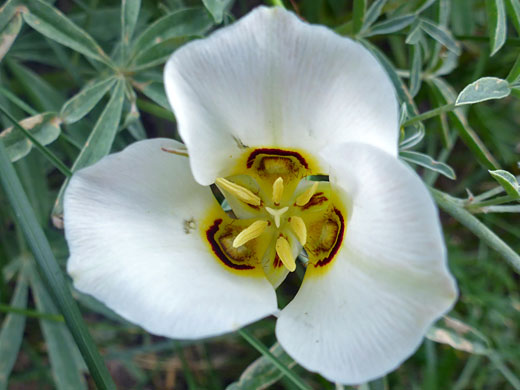 Calochortus nuttallii is found over a wide area of the West, from southern Arizona to northern Montana. Stems are straight, unbranched and hairless, while the (basal) leaves, which generally wither before flowering, are narrow and linear. Stem leaves are shorter, and often have inwards-rolled margins.

Flowers are solitary, or part of small clusters, of up to four. Flowers are erect rather than pendent, and they have an open, bell-shaped outline. The three sepals are narrow, greenish yellow underneath, and a little shorter than the petals, which are white, sometimes pale pink, with a faint, vertical, greenish stripe on the outer surface. Petals are yellow at the base, around the circular nectar gland, which is densely covered with white hairs, branched and unbranched, and ringed by longer, straggly yellow and purple hairs. Above the gland is an arc of purple, or reddish-brown. The base of the sepals also have yellow and reddish markings. 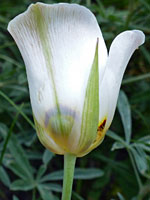 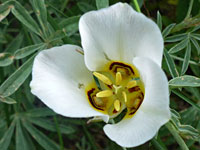 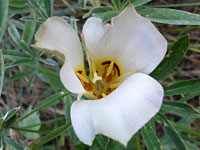 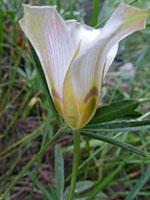 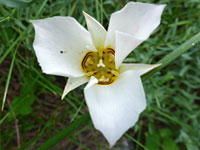 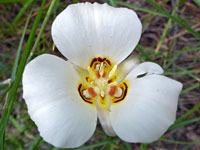 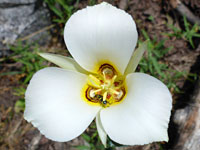 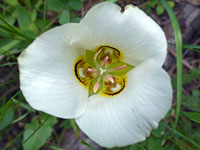 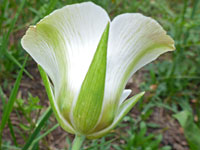 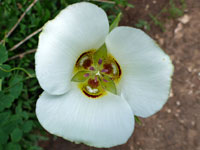 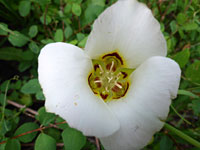 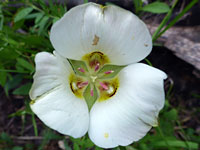 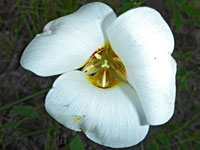 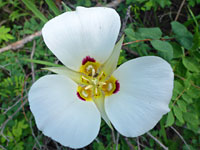 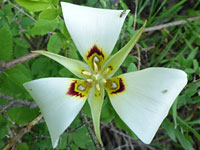