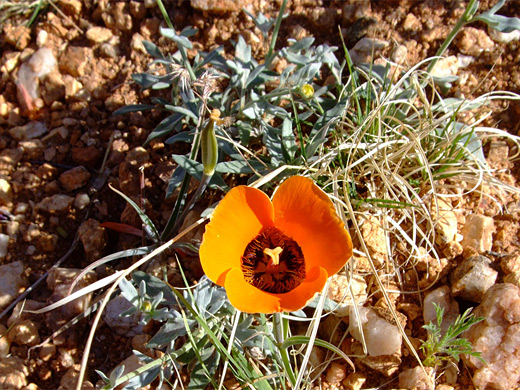 Calochortus kennedyi produces between one and six unbranched stems topped by large, attractive, bell-shaped flowers that have three large, slightly overlapping petals and three smaller sepals underneath. Petals are bright orange, sometimes vermilion or occasionally yellow (the munzii variant, found mostly in high elevation areas towards the east side of the Mojave Desert), and have a darker patch at the base, partly hidden beneath a band of thick orange hairs. The kennedyi variety is more common and widespread; this has red to orange flowers. Flower heads are between 1 and 2 inches across. All parts of the plant are hairless. Stems may be somewhat twisted. The fruit is a thin capsule, around 2 inches long, with vertical stripes of white and brown. 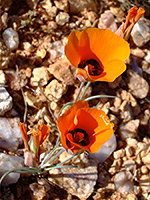 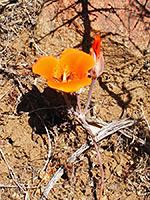 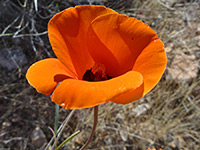 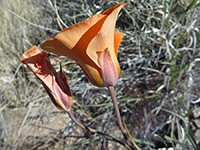 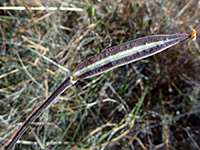 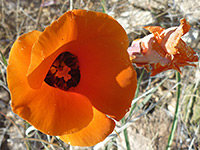