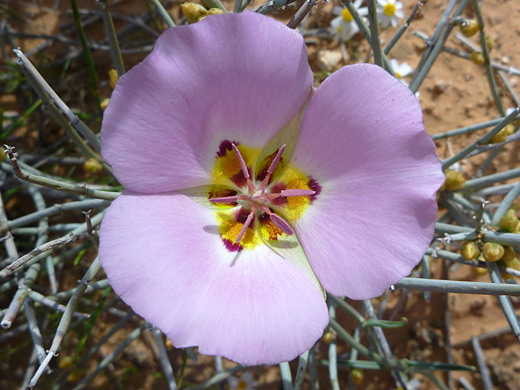 The common names of calochortus flexuosus refer to the thin stems, which are bendy and sometimes partly spiral, often winding around nearby plants for support. The bell-shaped flowers though are large and pretty, like all members of this genus; they have three pink to pale purple petals, red/purple at the center bordered by a band of yellow and a patch of orange, sometimes with another purple blotch above. In the middle are six thick, light pink anthers on darker pink filaments, symmetrically arranged.

The basal leaves wither at the start of flowering leaving the plant looking somewhat top-heavy, its large flowers borne at the end of the spindly, leafless stems, which are either single or lightly branched - the maximum number of flowers per plant is four. 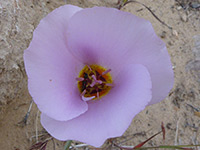 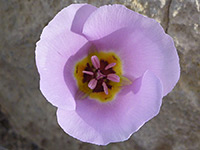 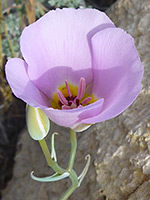 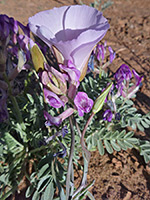 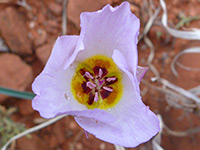 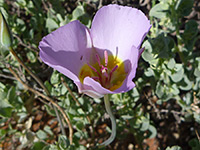 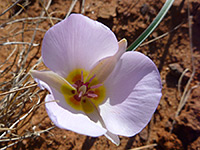 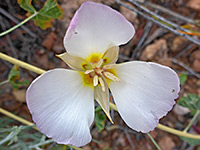 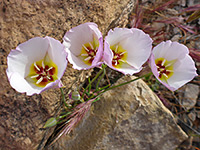 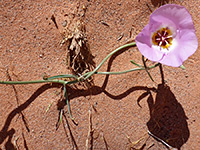 Flower and its shadow 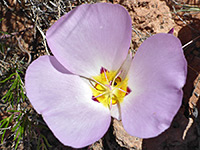