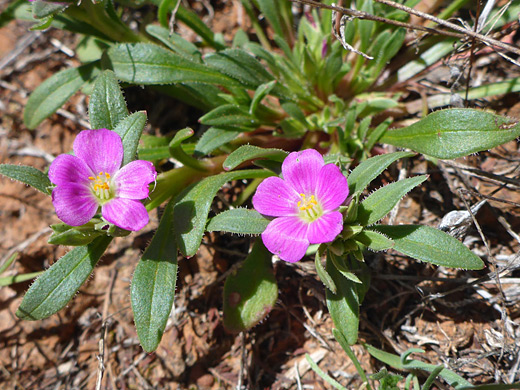 Flowers of calandrinia ciliata are small, perhaps easy to overlook individually, but plants are noticeable when in bloom as they generally grow in clusters. Stems can be held upright or at an angle but tend to stay close to the ground. The leaves usually have ciliate margins, and they are most numerous around the base of the stems.

Flowers are formed of five (less often three or seven) petals - bright pink, white towards the base and about half an inch in length, three stigmas, and between three and 15 stamens, topped by yellow anthers. Underneath are two overlapping sepals. Occasionally the petals are all-white. 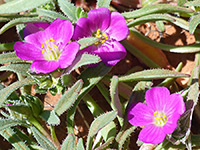 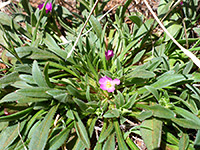 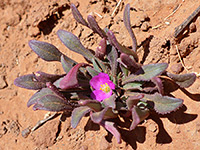 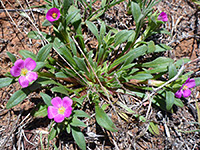 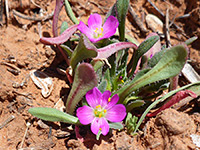 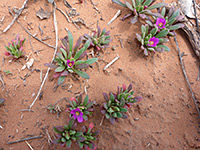