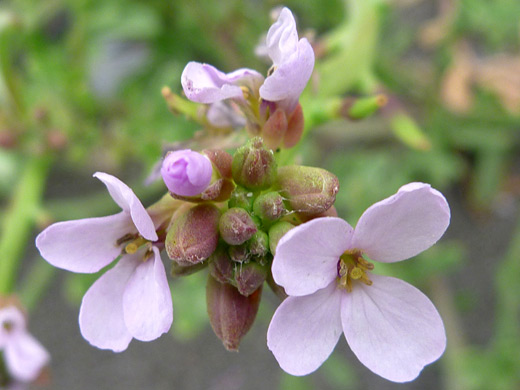 Leaves of cakile maritima are fleshy and succulent-like, divided into several pairs of well-separated lobes, colored green with purple blotches. The edges of the lobes tend to fold upwards slightly. Plants are found along the coastline of the Pacific states, in sandy locations, and they can form large clumps. Leaves and stems are hairless.

Flowers are typical of the mustard family, produced as a terminal, elongated cluster, and consisting of four sepals, green to reddish-purple in color, below four white to light pink petals, about twice as long (up to half an inch). At the center are six stamens and a style. The fruit is a short, thick, green pod, around one inch in length. This is a European species. 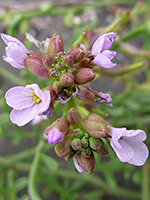 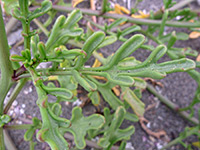 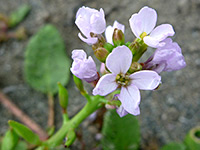 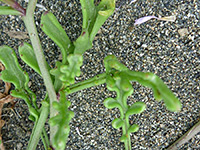