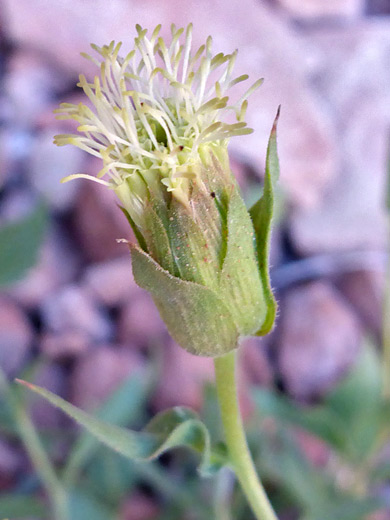 The common name of brickellia atractyloides, a small shrub, describes the leaves, which are approximately triangular, lined by sharp, well-separated teeth. Leaf tips taper to a narrow point. Leaves are crossed by a center vein and two side veins, all branched and prominent, especially underneath. The stems have a covering of short, glandular hairs, while the leaves are generally hairless but may also have a light covering, of strigose hairs. Stems branch profusely.

Flowerheads form in loose clusters, and are ringed by between 24 and 33 dull green phyllaries, broad at the base, tapering above the middle to a point. Phyllaries are marked by up to 16 thin, parallel, vertical ridges. There are no ray florets, only disc florets; between 40 and 90, with pale yellow or green corollas, and exserted style and stamens.

Three varieties are recognized, though in many areas their features are not distinct. Var atractyloides has generally ovate phyllaries while the other two have narrower, lanceolate or linear phyllaries: var arguta, with all phyllary margins entire, and var odontolepis (California only) with dentate outer phyllaries. 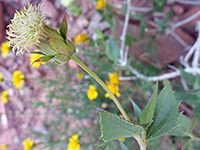 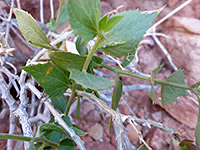