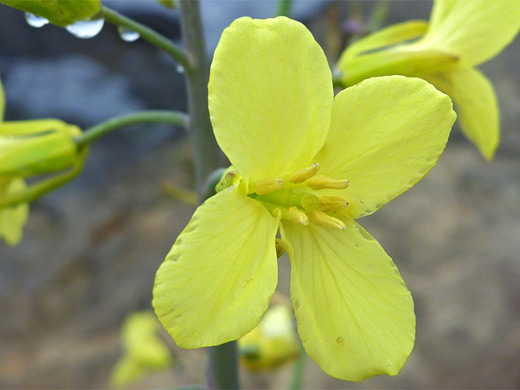 Brassica oleracea is a European species which has become established in small parts of some of the Western states, and is most often found along the coast of California, reflecting the plant's high salt tolerance. Cultivated varieties include such staple vegetables as broccoli, sprouts, cauliflower and cabbage.

Flowers are typical of the mustard family, formed of four yellow, clawed petals, up to one inch in length, with rounded tips, and four greenish-yellow sepals, about half as long. At the center are four yellow stamens, which have relatively short filaments and long anthers. Flowers are arranged in an unbranched, elongated cluster.

The greyish-green stems are stout, smooth and hairless. The fleshy leaves are similarly colored, withering to purple; those around the base are borne on stalks of up to 10 inches while those on the stem are sessile, and heart-shaped at the base. Basal leaves are lined by large teeth or lobes. 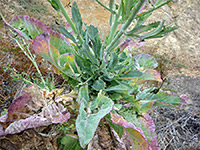 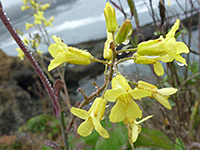 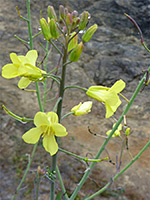 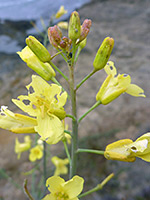