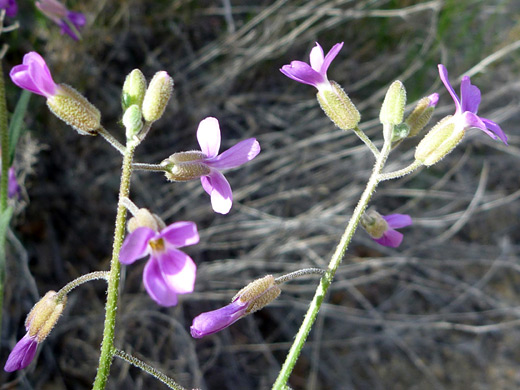 Boechera pulchra is a slender species, with narrow, upwards-pointing leaves that grow mostly at the base. The green or reddish stems branch a few times and bear single flowers on short stalks, at intervals, getting closer together towards the top. Often plants are partly obscured by other vegetation. Stems, leaves and calyces have a covering of short, branched hairs, Flowers are formed of four sepals and four purple petals, broadest towards the tip, and often somewhat asymmetrically positioned when fully open. Occasionally flowers have white petals. The tubular flower center conceals six yellow-topped stamens, two of which are usually shorter than the others, though occasionally plants may have just 2 or 4 stamens. 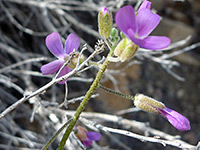 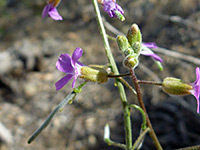 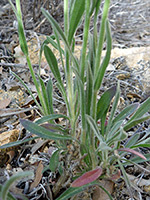