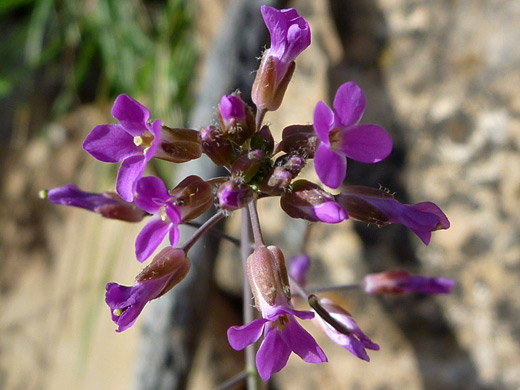 The color of the spoon-shaped petals of the flowers of boechera perennans (formerly arabis perennans) ranges from purple to pink and occasionally white. The four-petaled flowers are borne in an open, elongated cluster at the top of the stout stems, which sprout from a woody base. Petals are about one third of an inch long. The calyces and upper stems are either hairless or have a very light covering of branched hairs, while the leaves and lower stems are much more densely covered.

Stem leaves are clasping (usually), stalkless, relatively narrow, and point upwards; those at the base are longer, wider, more numerous, stalked, and have a few large teeth along the edges. Seed pods are very thin, about 2 inches long, held at right angles from the stem and curving downwards somewhat. There are several very similar boechera species, occupying the same regions, and difficult to distinguish, but perennans is the most common. 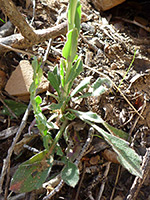 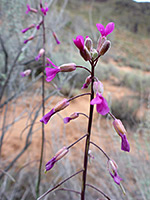 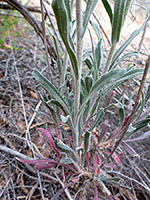 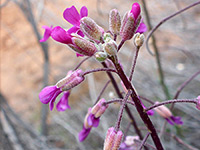 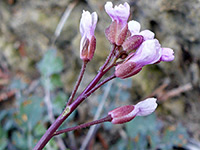 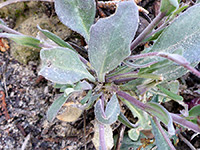 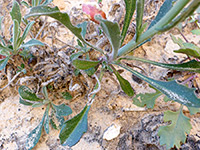 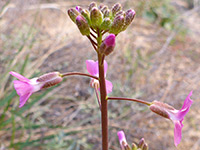