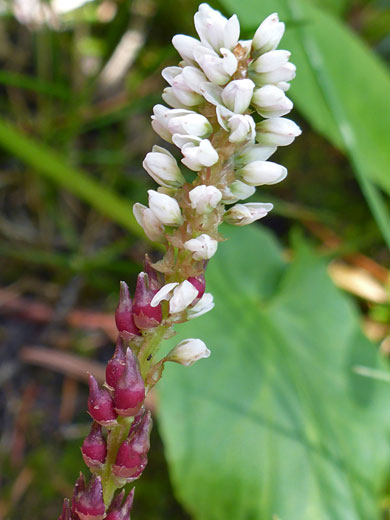 The two-part inflorescence of bistorta vivipara is a narrow, elongated cluster at the top of the short stem, attached by a stalk of up to 2 inches. The upper half is formed of sterile, white or pink flowers, while the lower half comprises reddish bulblets; when mature these detach, and can sprout to form new plants. Flowers are formed of five obovate tepals enclosing a purple style and eight small stamens, often not fully developed. Flowers are subtended by small bracts.

Plants usually produce one or two stems, unbranched, with leaves mostly at the base, on stalks about twice the length of the blade. Stem leaves (numbering two to four) are narrower, and sessile. Leaf margins may be slightly rolled under. The base of the stalk is partly enclosed by a clasping sheath. Stems and leaves are mostly hairless, though the undersurfaces of the leaves may have a sparse hair covering. 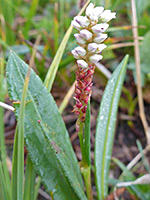 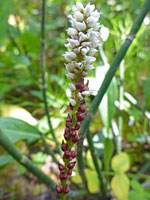 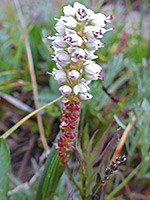 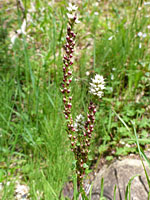