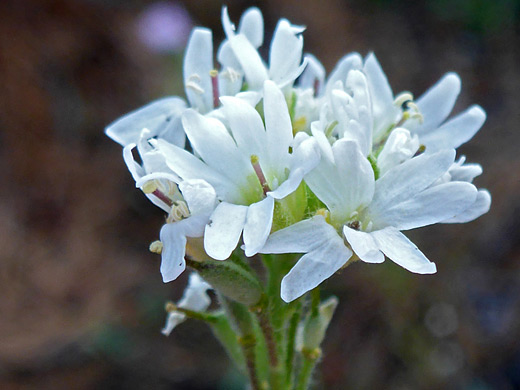 Stems, leaves, sepals and fruit of berteroa incana, a Eurasian species, have a dense covering of short hairs, some star-shaped, others simple. Plants produce one stem or several, generally between 2 and 3 feet high. Leaves grow at regular intervals all along the stem; those at the base have usually withered at flowering time. Leaves are generally blunt-tipped but those higher up the stem may be more pointed. Stems may be green or purplish.

Flowers are formed of four white petals, greenish at the base, and deeply lobed, above four green sepals - in two opposite pairs, slightly different in shape. At the center are a style topped by a spherical stigma, and four stamens, two twice as long as the other pair. Fruits are green, flattened, stalkless, ovate pods, angled upwards. 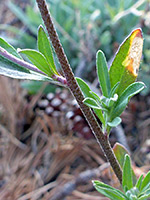 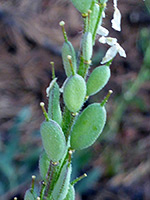