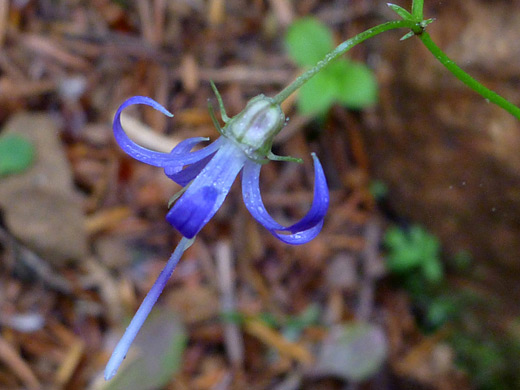 Asyneuma prenanthoides, the only US species of this mostly European genus, has a limited distribution in northwest California and southwest Oregon, found mostly in redwood forests and other coniferous areas, from near sea level to over 6,000 feet. Plants have rigid stems and many leaves, ovate in outline, with quite large, well-separated teeth along the edges. Leaves may have short petioles but are usually stalkless. 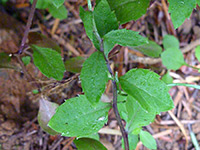 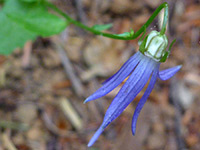