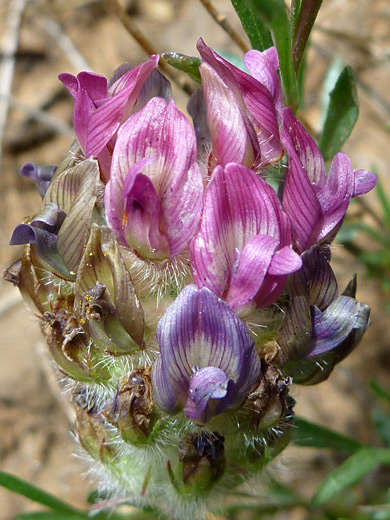 Although small and low-growing, astragalus troglodytus is one of the more distinctive species of this large genus as the inflorescence is spherical and the flowers closely spaced, maturing in stages, starting at the edge and proceeding upwards and inwards. Flowers are reddish-pink at first, becoming purple then bluish. The bracts beneath the flowers are covered by relatively long hairs, giving immature clusters a silvery appearance. The stems are also hairy, the leaves less so, but more noticeably along the edges and at the tip.

Leaves are typically divided into around 15 leaflets, folded up along the axis and generally not overlapping. Plants are nearly or completely acaulescent, lacking a stem; leaves and flower stalks grow directly from the base. This is an uncommon species, restricted to north central Arizona; the hills around Sedona and Flagstaff would seem to be favored locations. 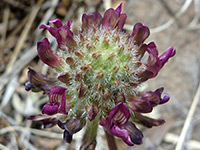 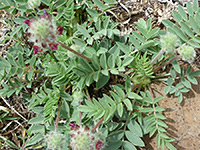 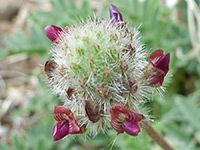