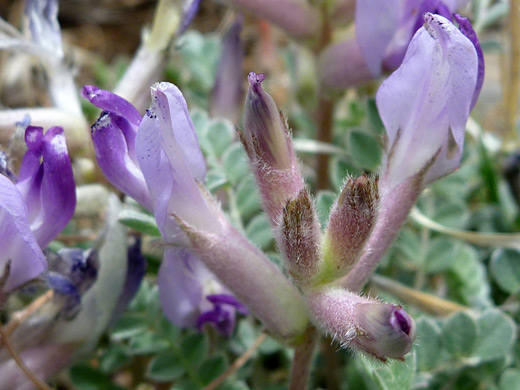 The common name of astragalus tephrodes, ashen milkvetch, refers to the grey-green color of the pinnate leaves, which are divided into up to 20 (or more) small, closely spaced (often overlapping) ovate leaflets, pointed at the tips, with relatively long hairs lying flat against the surface. Leaflets are oppositely arranged along the stalks, which like the main stems, are reddish green in color. Stems and calyces are similarly hairy. Pink or purple flowers are borne at the top of the leafless stalks, in compact clusters, becoming bluish as they mature. The banner petal is curved back by about 45 degrees.

This is a low-growing, mid elevation species. There are four varieties: var brachylobus across the range, var chloridae in south Nevada and northwest Arizona, var remulcus in south California, and var tephrodes in southwest New Mexico. 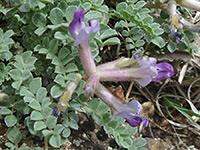 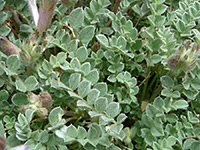 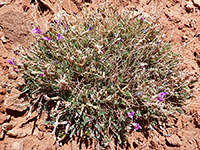 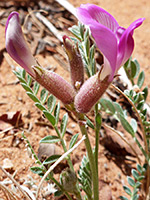 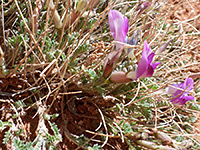