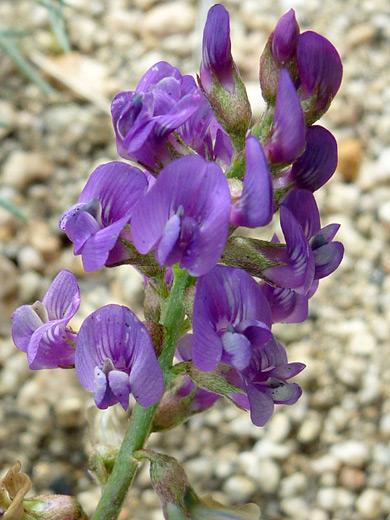 Astragalus palmeri branches readily but stays close to the ground, forming low clumps. Apart from the petals, all plant parts have a (usually dense) covering of silvery strigose hairs. Leaves are quite thick, often folded up along the long axis, and reddish along the edges. Stems and calyces are also red-purple, when mature.

Flowers form as an elongated cluster of 20 to 40 heads, which are closely spaced at first, later becoming more spread out, and held a little further away from the stem. Petals are usually colored purple to deep pink, occasionally cream with purple only at the tips. The banner petal is curved back by 90 degrees, while the two wing petals open further than in many other species, fully exposing the keel petals. The green (later red) fruits are also strigose, ovate or semi-elliptical in shape, and somewhat inflated. 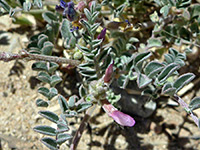 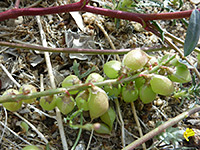 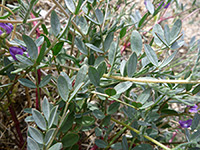 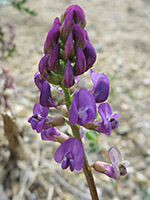 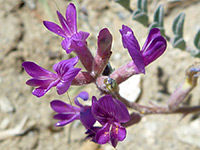 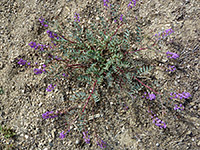 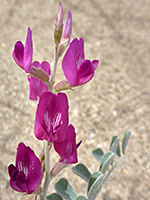