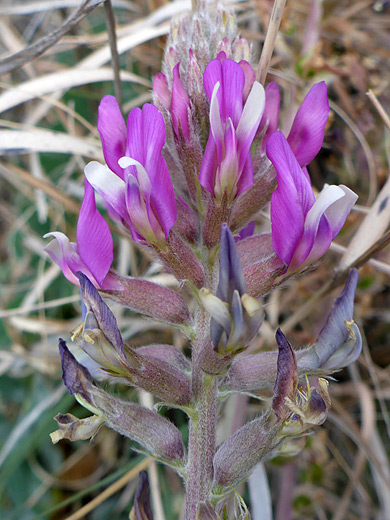 Woolly locoweed, astragalus mollissimus, flowers somewhat earlier in the year compared to other species in this large genus, but otherwise is similar in appearance. The small oval leaflets have an opposite arrangement, along stalks up to 12 inches in length, and have a coating of short, soft hairs. Leaves are often arched, bending downwards towards the tip.

The large flower clusters grow on thick purplish stalks and have between 7 and 20 heads, each with five petals (the uppermost - the banner - curved upwards by around 90 degrees, and lighter-colored at the center) and a five-toothed calyx, also hairy. Petals become blue as they wither. Seed pods are relatively short, thick, and have a dense covering of white hairs. The plant is common in many areas of the Four Corners states, favoring semi-desert environments. There are eight varieties. 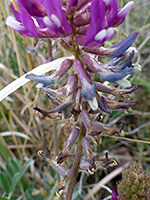 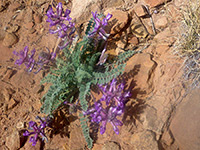 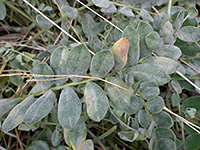 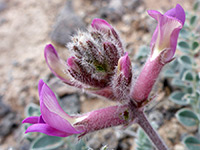 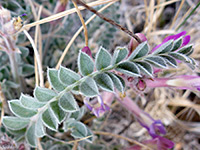 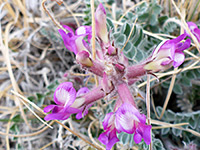 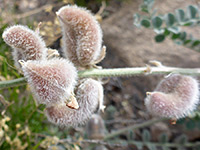 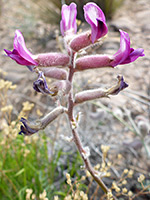 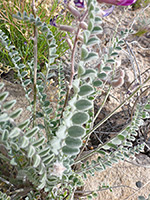 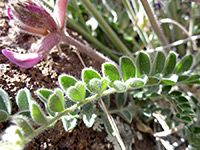 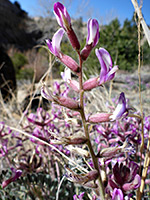 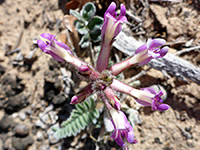 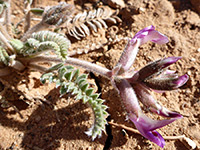 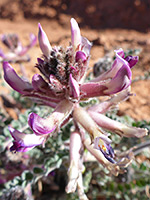 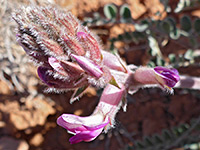