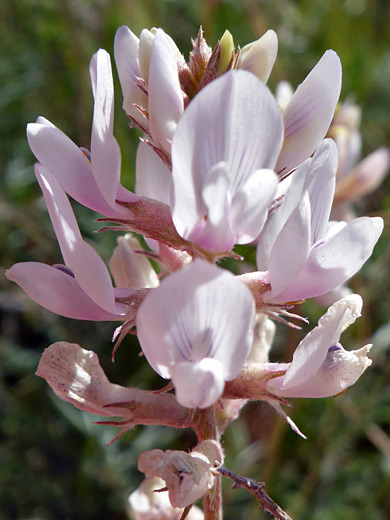 Despite its common name, yellow milkvetch, flowers of astragalus flavus are often white or pale to dark pink; they are produced in elongated clusters of between six and 30. Flowers towards the base of the cluster are quite well-separated. Flowers are attached by short stalks, spreading to ascending; they, the stems and the calyces are covered by woolly, white hairs. Calyx lobes are narrow, and around half the length of the fused part. The banner petal is recurved by around 60 degrees.

The leaves are quite distinctive as the leaflets are unusually long, narrow, and widely separated. They are up to one inch in length, often folded along the midvein, and have an even covering of short strigose hairs, pressed against the surface. Plants produce many leaves and stems, and often form large colonies with large numbers The flowers are held above the leaves. Seed pods are sessile, oblong and lightly hairy, and up to half an inch in length. 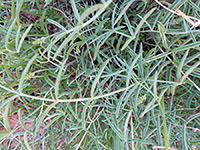 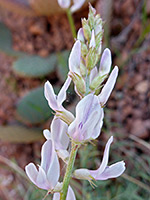 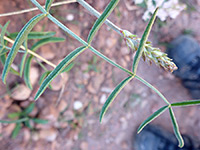