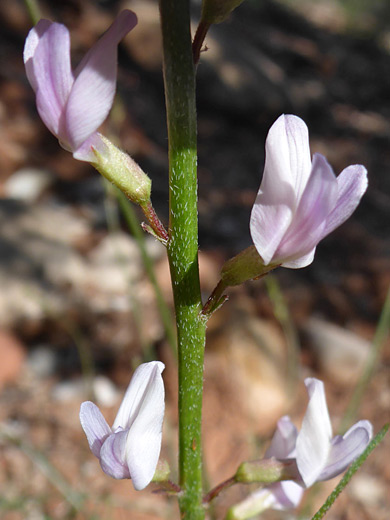 The seed pods are the most recognizable part of astragalus ceramicus; they are inflated, egg-shaped, up to 1.5 inches long and have a mottled appearance; red or purple with irregular white blotches. Flowers are pale purple to white, while the calyx is pale green, lightly covered with strigose hairs, black or white; the five calyx lobes are toothed. The banner petal is bent back at around a 60 degree angle. The wing petals are longer than the keel petal. Flowers contain a pistil and between 5 and 10 stamens. Flowers are produced in small numbers, with an alternate arrangement, in a elongated cluster.

Stems and leaves have a light to dense covering of strigose hairs. Plants produce one stem, ascending or decumbent. Leaves are divided into narrow, well-separated leaflets; the terminal leaflet is the longest. At the base of each leaf is a pair of short, pointed stipules. Leaves are often folded along the midvein. 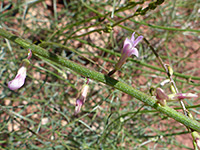 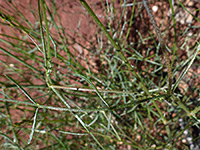 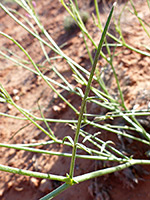 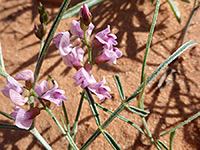 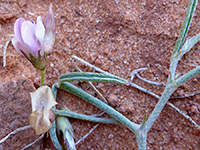 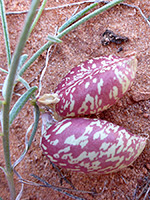 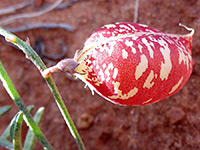