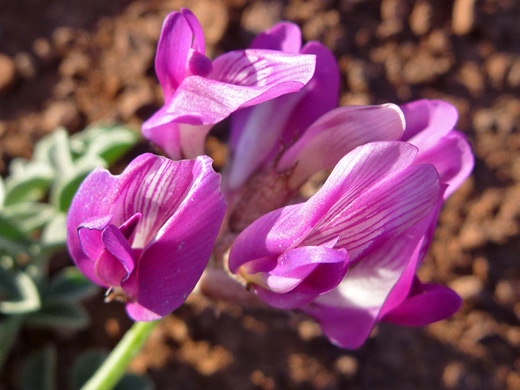 The pinnately compound leaves provide one means of distinguishing astragalus amphioxys from the many other similar species in this genus; they are small, grey-green, covered in short silky hairs that lie flat against the surface, and grow in opposite, upwards-angled pairs along an arching stalk. Another identifying feature is the seed pod, which is (usually) arched to form a semi-circle and has its lower seam at the base of a groove rather than a protruding ridge. Pods have a mottled appearance; patches of red on a greenish-yellow background. Flowers are about an inch in length, with the outsides also somewhat hairy. The upper banner petal is curved backwards, but not as strongly as for some other species. The edges of the banner are folded back, and its center is lighter in color. Petals become blue as they wither. There are four varieties (amphioxys, modestus, musimonum, vespertinus). 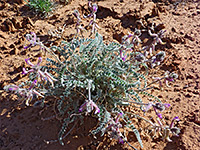 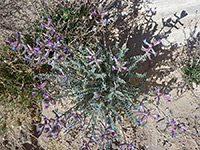 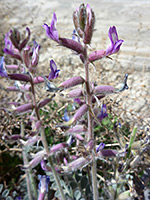 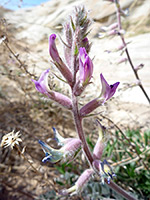 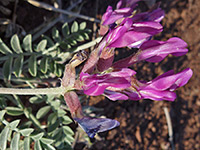 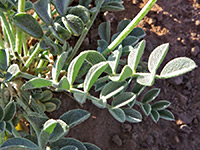 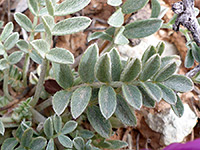 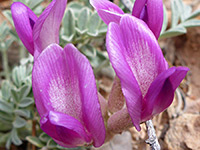 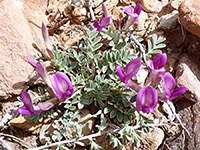 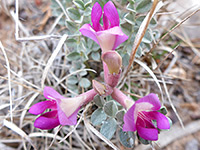 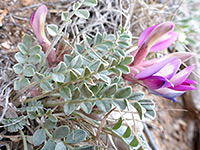 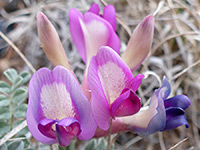 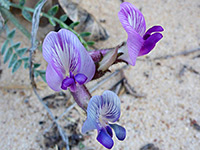 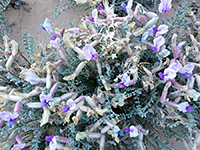 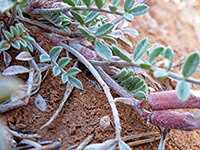 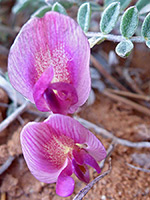 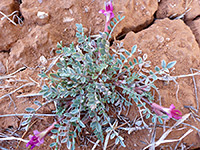 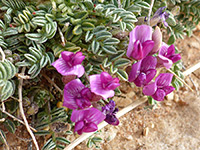