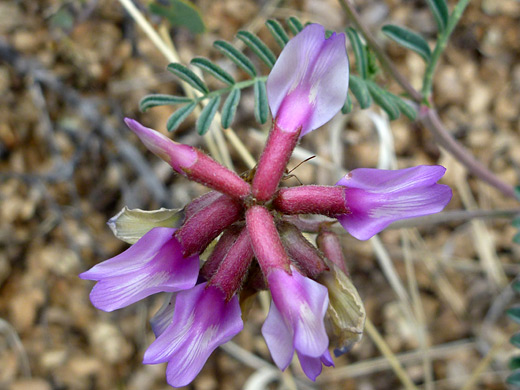 Astragalus allochrous is a relatively small species, producing short, reddish branches and pinnately compound leaves. Leaves, stems and calyces are strigose; covered by short hairs that press against the surface. Leaflet margins are often red-purple, while the leaflets tend to fold up along the axis. The tips of the leaflets are either flat or shallowly notched.

Flowers form in racemes of 5 to 10 or more; petals are usually purple (less often white), the banner with white streaks at the center, while the calyces are initially green, becoming red-purple. The banner petal is curved back at about 45 degrees. The common name, halfmoon milkvetch, refers to the shape of the seed pods, which are papery and inflated. They too are initially greenish, later red. There are two varieties, var allochrous and var playanus (which usually has white petals), the latter most common. 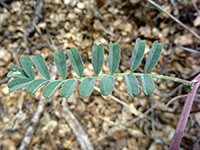 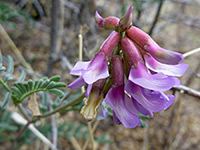 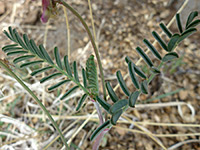