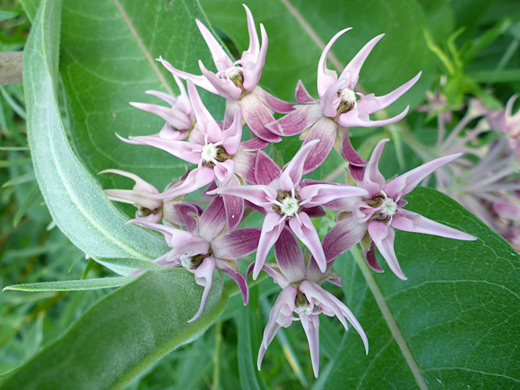 Flowers of asclepias speciosa are produced in spherical clusters, at the top of the stem and at the upper leaf nodes. Individual flowers are formed of five green or reddish sepals below five pink to purple petals, all of which are strongly reflexed when mature. The petals are about twice as long as the sepals. Above the petals are five light pink hoods (yellowish when withered), generally held well above the plane, each containing a short horn, pointing towards the central white gland, which is ringed by five brown anthers. The horns and anthers rise to the same height.

Stems and leaves usually have a covering of short, soft hairs. Leaves are sometimes heart-shaped at the base, otherwise rounded. Fruits are large pods up to 5 inches long, thicker at the base, and covered by short, thick tubercles. They open in late summer to reveal dozens of dark brown seeds attached to white, feathery hairs. 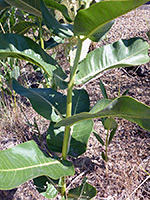 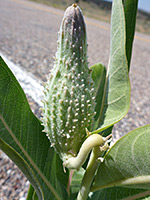 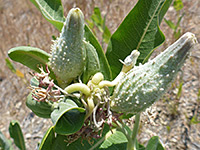 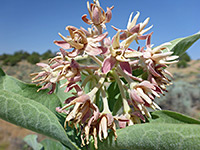 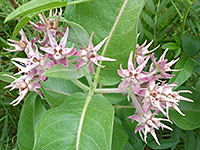