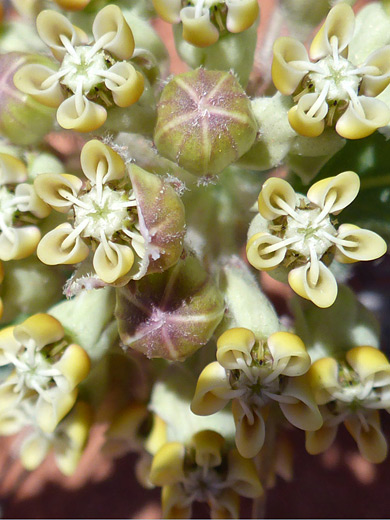 Asclepias involucrata is a low-growing species, inhabiting dry, often sandy places in semi-desert regions. Leaves are quite distinctive, being grey-green in color, wavy along the margins, and partly covered with soft, curly hairs, on the edges and undersides; the upper surfaces are essentially hairless. Plants produce several stems, generally growing at an angle or almost sideways; they may branch a few times, below the middle. The stems have a similar hair covering.

Each stem is topped by a spherical umbel of between 10 and 20 flowers, beneath which are a few leafy bracts. Flowers are formed of a greenish-yellow calyx, its five broad lobes reflexed back against the pedicel, and five yellow or white hoods, each containing a bent horn that angles inwards, to the middle of the terminal disc formed by the fused pistil and anthers. 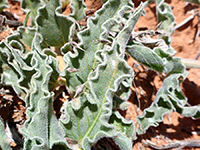 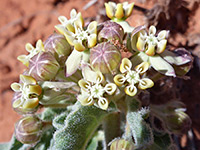 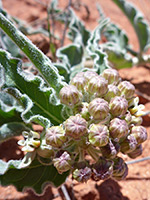 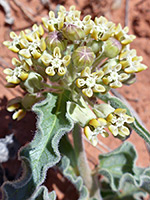